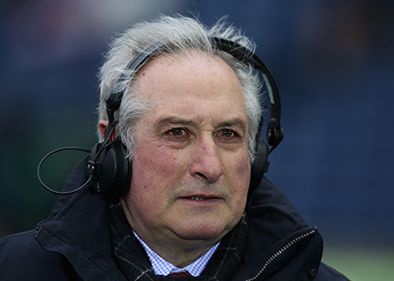 Regarded As The Greatest Player Of All-Time

Sir Gareth Edwards CBE is a retired Welsh rugby union player. Edwards played at scrum-half his whole career and has been dubbed as Wales’ greatest ever rugby union player. He was also voted the greatest player of all time by the Rugby World magazine in 2003 and The Daily Telegraph in 2007.

Edwards showed extreme loyalty and dedication throughout his career, this was highlighted in his domestic career where he only ever played for one club, Cardiff RFC. He made his debut for Cardiff RFC in 1966 in a match against Coventry, many didn’t know, but this was a match where a future legend was about to be born. Edwards would eventually go on to play 195 games in 12 years for the clubs, he scored 69 tries in the process.

In 1967, at just 19 years of age, Edwards made his international debut for Wales in a match against France. First taking the captaincy at just 20, Edwards soon became Wales’ youngest ever captain and went on to lead the side on 13 occasions. During Edwards extremely successful international career, he was a part of the Welsh side that dominated rugby; particularly the Five Nations which they won seven times, including three Grand Slams. Edwards success didn’t go unnoticed as he was voted BBC Wales Sports Personality of the year, he then followed this amazing achievement up by receiving an MBE in 1975.

As well as being dubbed the greatest player of all time, Edwards is also responsible for what is recognised as the greatest ever try. Edwards try for the Barbarians against the All Blacks in 1973 has gone down in sporting history and also made it into the top 20 of the 100 greatest sporting moments. After a sensational career, Edwards decided to retire in 1978, in his time as a player he made 53 appearances for Wales and built a legacy like no other. Still, in the modern-day, there are young rugby union players aspiring to be like Gareth Edwards.

Not only is he one of the greatest players of all time, but he is also an incredibly kind person, has a warming personality and continues to grow as a successful rugby speaker. As a recognised rugby speaker, Edwards discusses his unforgettable career, as well as overcoming challenges, handling pressure, loyalty and the determination required to have a successful career.

As a rugby speaker, Edwards often discusses the following topics:

To book Former Cardiff RFC and Wales player, Gareth Edwards, as the rugby speaker for your corporate event, function or conference, simply contact the Champions Rugby Speakers agency by filling in our online contact form. Alternatively, call a booking agent directly on 0207 1010 553.