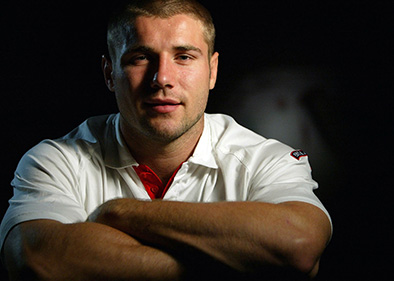 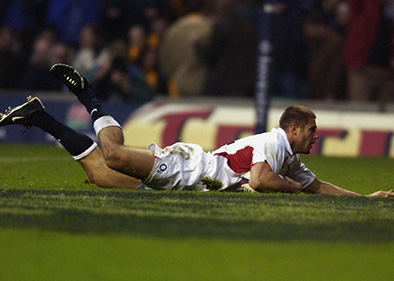 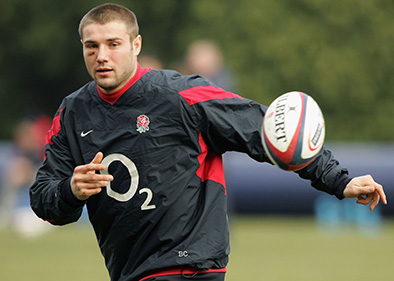 Ben Cohen MBE is a former Rugby Union player best known for his time playing for England and the Northampton Saints. A Rugby World Cup winner and tremendous player who made a huge impact on the field during his career, it is said by many that Cohen made an equally as great if not greater impact off the field through his work as an activist with his status as a gay icon which saw him named as one of the initial inductees to the National Gay and Lesbian Sports Hall of Fame along with his unrelenting work to make rugby more accessible to the hard of hearing following his personal struggles after being diagnosed as clinically deaf. A remarkable person who retired from playing to focus on his anti-bullying campaign, The Ben Cohen StandUp Foundation, Cohen is also the 10th highest point scorer in England rugby history and third behind Rory Underwood and Will Greenwood in the list of all time England try scorers. A truly breath-taking list of accomplishments, Ben Cohen MBE also works as a rugby speaker alongside his unrelenting passions as an activist appearing at events, dinner and functions across the UK where he always receives a heart-warming welcome.

Joining Northampton Saints in at the age of just 17, Ben Cohen’s name was rarely left of the team sheet since his debut. A tall commanding figure who excelled as on the wing as well as at outside centre, Cohen played an integral part in the Saints 2000 Heineken Cup victory over Munster and speaks of the historic and memorable day during his work as a rugby speaker. Leaving Northampton Saints after almost a decade at the club, Cohen was linked to various clubs including rivals Leicester Tigers as well as a move into Rugby League however he eventually joined Brive for a short period before moving to Sale Sharks where his signing was seen as a tremendous coup for the club. Performing to a high level as he consistently did as well as acting as a mentor to the younger players at the club, an injury and father time eventually led to him retiring from rugby to focus on his passion as an activist and charity worker predominantly through his foundation. During his performances as a rugby speaker Ben Cohen MBE reminisces on his wonderful career while sharing his obvious passion for his foundation and other charitable ventures.

Internationally Ben Cohen MBE enjoyed nothing short of a spectacular career for England, making his debut in 2000 and representing the British and Irish Lions that same year Cohen went on to remain an integral figure for his nation. Playing in Six Nations tournaments, British and Irish Lions tours and scoring crucial tries against major nations namely Australia and New Zealand, Ben Cohen MBE’s favourite and obvious high of his career came for England as he lifted the illusive Rugby World Cup trophy ensuring his status at the pinnacle of the game. As a rugby speaker Ben Cohen MBE shares tales and anecdotes from this historic and unforgettable experience during a performance that is not to be missed. In the top 10 point scorers for England and the 3rd highest try scorer, the legendary back is available to hire as a rugby speaker to provide a unique and intimate insight into possibly English rugby’s greatest glory.

Following his retirement as a player and extensive work as an activist, Ben Cohen MBE also became somewhat of a television personality in particularly on Strictly Come Dancing where he went on to have a daughter with his dance partner. Appearing on The Jump as well as And They’re Off!, Cohen is an incredibly sought after and popular figure in the sporting world. The epitome of a gentlemen and a truly inspiration figure that has impacted the lives of millions, World Cup winner Ben Cohen MBE is a true delight and is available to hire as a rugby speaker for any event or function across the nation where his presence will most certainly increase the prestige of any occasion.