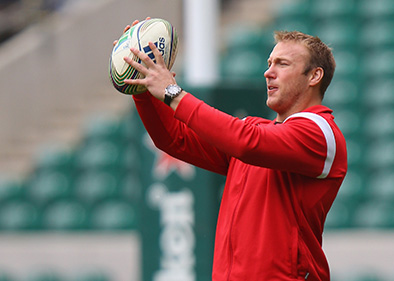 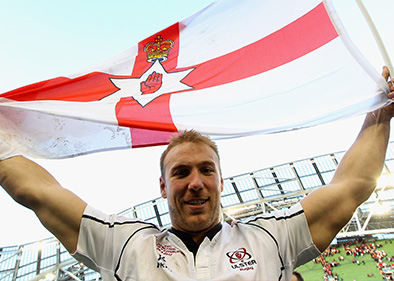 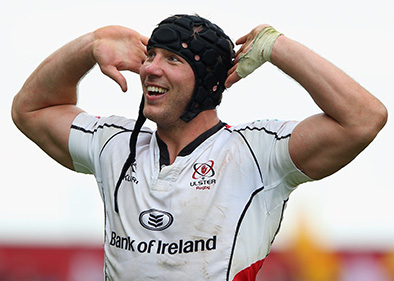 Rugby legend Stephen Ferris nicked named ‘The Ferris Wheel’ made a reputation as one of the most physical players in Europe. Retiring in 2014 due to injury in his ankle, Ferris has gone on to become a renowned and revered rugby speaker appearing at events, dinners and functions across the UK. Playing for Ulster and Ireland in all three backrow positions, Ferris has also represented the British & Irish Lions in addition to playing in two Rugby World Cup campaigns. Ireland’s 2011 Rugby World Cup standout player of the tournament, Stephen Ferris is a tremendous rugby speaker.

Born on the 2nd August 1985 Stephen Ferris is from Maghaberry and attended Friends’ School, Lisborn. He successfully graduated from the Ulster Academy and joined the rugby team on a development contract at the start of the 2005-06 season. After being selected into the Under-20 Ireland World Cup Squad in 2005. Ferris made his debut at Ulster in October 2005 against the Border Reivers. He then went on to make his full Ireland debut against the Pacific Islanders in November 2006. Due to his great performances’ he was then selected for the Ireland Rugby World Cup squad in 2007 but remained on the bench as an unused reserve for the tournament. He didn’t partake in the 2008 Six Nations due to injury. During his work as a rugby speaker Stephen discusses the unforgettable World Cup campaign and the pride he felt at representing his country in addition to the trials and tribulations that came from injury.

After managing to keep his place for the following years Six Nations, in 2009 Ferris was chosen to join the British and Irish Lions tour to South Africa, scoring his first Lions try on the 3rd June against the Golden Lions but unfortunately was forced to withdraw from the squad due to a knee injury obtained during training. He made an international return for the autumn series in the same year and played strongly in a draw with Australia and an impressive victory against South Africa. Ferris went on to play in four of Ireland’s 2010 Six Nations matches and discusses Six Nations and International standard rugby during his work as a rugby speaker in particularly highlighting the challenges and pressures that come with high level sport.

Due to injury, Stephen Ferris missed the 2010 Summer Tour, then went on to make his international comeback during the 2010 November Tests. Scoring his first international try against New Zealand and scored his second against Argentina during this time. Ferris didn’t play again until late 2011 due to injury. Being included in the 2011 World Cup, Ferris assisted in a historic win over Australia. He adopted the famous ‘wrap around’ tackle to prevent Australia from getting a quick ball. Ireland eventually lost to Wales in the quarter finals but Ferris was viewed as one of the stand out players in the tournament.

Ferris shone in the 2011-12 season, despite injuries he continued to perform well for his team earning man of the match honours during Ulster’s Heineken Cup quarter final victory against Munster. His strong performances gained him a nomination for the ERC European Player of the Year 2012. Ferris last played against Edinburgh in 2012, however due to an ankle injury he sustained he was put on short term contract whilst he underwent rehabilitation, he returned against the Scarlets in March 2014. Injury ultimately ended what was a decorated and illustrious career, a sad ending to his career, Ferris shares the emotional rollercoaster of his career ending in such fashion.

A wonderful performer that excelled on the field and experienced the highs of the game but also the lowest of the lows through his injuries, Stephen Ferris is able to provide a truly holistic view on rugby. Performing in an engaging and captivating manner, Stephen Ferris shares anecdotal tales that are both entertaining and informative in addition to sharing his knowledge and expertise of the game. A true gentleman and consummate professional, Stephen Ferris is available to hire as a rugby speaker for events, dinner and presentation ceremonies across the UK.

When he’s at corporate events, Stephen is known to cover the following topics: