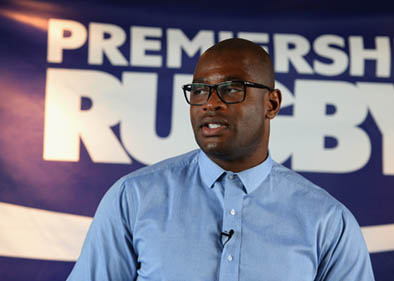 Ugo Monye went to Lord Wandsworth College, famous for producing many great sporting names such as Jonny Wilkinson, and represented Hampshire at U17 and U20 level. Monye, a man of many talents, also took part in the English Schools Athletics Association Championships where he competed in the 100 metres event.

His rugby career grew rapidly when he featured in a number of games for Harlequins U19, coach Colin Osborne was so impressed with Monye’s talent that the club offered him his first professional contract at just 19 years of age. An extremely talented man with a bright future ahead of him, Monye soon represented England Sevens Team where they won the Hong Kong Sevens tournament.

Monye made his debut for England in a convincing 39-13 win over the Pacific Islanders. He eventually scored his first try in the Six Nations in 2009, the try was scored against Scotland in a 26-12 victory. Monye was selected for the British & Irish Lions Tour where he became the highest Lions try scorer of the tournament with five tries.

Unfortunately, Monye was to suffer a career-threatening injury in 2010 which sidelined him for a number of months. Luckily for Monye, he managed to return to the playing field and still enjoyed more successful seasons. He helped Harlequins to win the Amlin Challenge Cup in 2011 before playing in Harlequins squad which won the Premiership in 2012.

Monye announced his retirement on 24th March 2015, where he ended what could only be described as a sensational career spanning over 13 years in which he won 14 international caps for England. Since retiring, Monye has started a career in presenting for BT Sport and ITV as well as a career as a rugby speaker.

As a rugby speaker, Monye often discusses his successful career but also reflects on the importance of teamwork and determination. Monye is a great motivational speaker and can give your event that cutting edge.

When at corporate events, Monye often covers the following topics:

To book Former Harlequins Rugby Player, Ugo Monye, as the rugby speaker for your corporate event, function or conference, simply contact the Champions Rugby Speakers agency by filling in our online contact form. Alternatively, call a booking agent directly on 0207 1010 553.