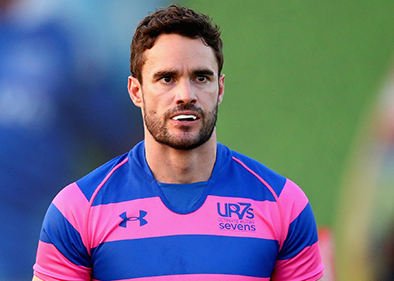 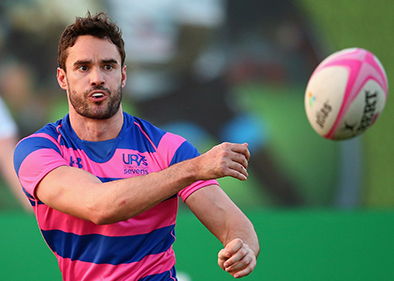 Thom Evans is a former Scottish international rugby union player and model. He last played on the wing for Glasgow Warriors in the Celtic League. Evans' rugby career ended aged 24 on his tenth appearance for Scotland when he suffered a serious neck injury. Evans was born in Harare, Zimbabwe, and educated at Wellington College, Berkshire.

He earned his first cap for the Scottish rugby union side in June 2008 vs Argentina. He was selected in the pre 6 Nations 30-man squad for the 2008 Six Nations. Evans represented England at U16, U18 and U21 level. He chose to commit to Scotland at A level and at 7's.

He could have played for the England 7's team but was ruled out through injury. Evans was a member of pop band Twen2y4Se7en and toured as a support act with RMcFly, Peter Andre and Westlife throughout 2004. In the Six Nations game against Wales on 13 February 2010, Evans suffered a severe neck injury after colliding with Welsh player Lee Byrne. He was stretchered off the pitch and taken to hospital to receive treatment.

He underwent a neck operation that evening, and underwent a second operation to further stabilise his spine later that week. It was revealed that his cervical vertebrae had been knocked so badly out of alignment that he was a millimetre from paralysis or death. After four months of rehabilitation, Evans was forced to retire on 1 July 2010, after accepting medical advice.

Evans officially announced his retirement from all codes of rugby after the Wales v South Africa test match in the Autumn Internationals of 2010. After a touchline interview with television presenter Hazel Irvine, Evans outlined his intentions to return to the sprinting circuit, in the hope of other athletic success.

In 2012, Evans, coached by Margot Wells, kick-started his athletic campaign competing in indoor competitions and finished fourth in the Scottish Senior Championships with a personal best of 7.20 for the 60m. During the outdoor season, he ran personal bests of 11.26 for the 100m and 23.14 for the 200m respectively.

However, by the end of the season, Evans decided that he would not continue with athletics choosing instead to pursue an acting career.

To book Thom Evans as the rugby after dinner speakers for your corporate event, function or conference, simply contact the Champions Rugby Agency by emailing rugbyagent@championsukplc.com or by calling a booking agent directly on 0207 1010 553.