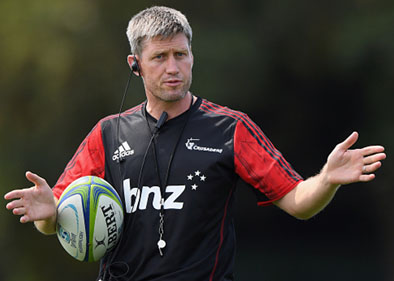 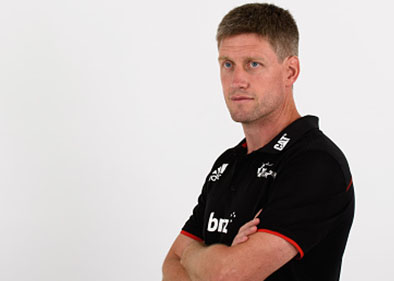 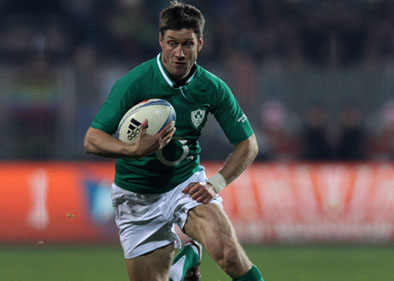 Ronan O'Gara is an Irish former rugby union player and current coach. O'Gara played as a fly-half and is Ireland's second most-capped player and highest ever points scorer in front of Johnny Sexton. He is currently assistant backs coach for the Crusaders in Super Rugby.

O'Gara won 128 caps for Ireland, winning three Triple Crowns and the Grand Slam in 2009. He also played on three British and Irish Lions tours, winning two caps. He played for sixteen seasons with Munster, with whom he won two Heineken Cups.

O'Gara is also the sixth most-capped and is the fourth highest points scorer in the history of test rugby. He is also Munster's all-time leading scorer, and holds the Heineken Cup record for points. O'Gara scored several match-winning drop goals for Ireland, including in the 78th minute of the Wales vs Ireland match in the 2009 Six Nations Championship, in which Ireland won the Grand Slam.

After retiring as a player in 2013, O'Gara became an assistant coach with French club Racing 92. He joined the Crusaders in January 2018. O'Gara experienced success in his first season in Christchurch, with the Crusaders winning a record 8th Super Rugby title.

When he’s at corporate events, Ronan is known to cover the following topics:

To book England International Rugby Player, Ronan O'Gara, as the rugby speaker for your corporate event, function or conference, simply contact the Champions Rugby Speakers agency by filling in our online contact form. Alternatively, call a booking agent directly on 0207 1010 553.