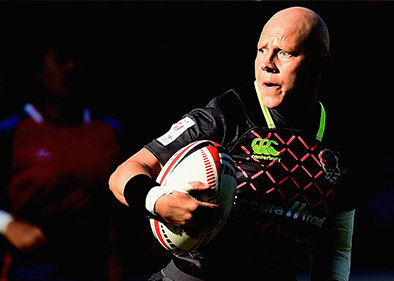 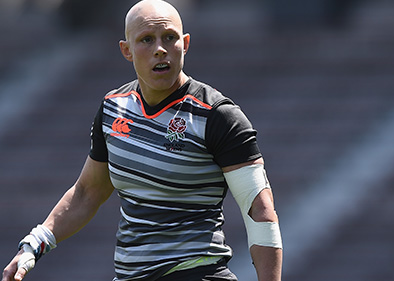 Motivational speaker, Heather Fisher is one of the most impressive and high achieving women in the modern sporting world; an athlete, ambassador and rugby speaker, Fisher began her career representing the Great British bobsled team and will long be remembered for her determined performances. A breath-taking figure that has overcome obstacles and difficulties to defy all odds and succeed, Heather Fisher is the epitome of an inspiration. An International rugby player, Olympian and role model to many amongst many others, Heather Fisher is quickly becoming one of the most popular and demanded Motivational rugby speakers in the country.

Before becoming an after dinner speaker and specialising as a rugby speaker, Fisher switched from the Winter Olympics to women’s rugby, where she would make a name for herself as an integral part of the British team in the 2011’s Six Nations competition where she was a part of the Grand Slam winning team. During her work as a rugby speaker, Heather Fisher discusses the her transition from the Olympics to rugby and shares the challenges she faced and overcame to excel in the sport providing fantastic motivation and teachings to event attendees.

As a rugby speaker, Heather Fisher is engaging and inspiring and as an after dinner speaker she talks about overcoming her numerous personal tragedies and fighting public battles against both mental and physical illness. Fisher is more determined and ambitious now than at the start of her career and has been praised by coaches, players and fellow sports speakers for her personal strength. Her role as a motivational rugby speaker draws on these personal experiences and discusses how overcoming such adversity has helped to make her a stronger person in the long run.

Fisher attributes much of her personal development to her passionate dedication to elite sports training and, in her role as a rugby speaker, she discusses the benefits of such sports training to those in the business world. As both a sportswoman and a rugby speaker, Heather Fisher believes in the positive potential of taking risks, her own life has been changed all for the better by such decisions and attributes much of her success to such choices.

As a rugby player, Heather Fisher earnt 22 International caps for England in addition to playing in the 2018 Commonwealth Games for the England Women’s Sevens team where she earnt a bronze medal. Heather shares the experience of competing in such a prestigious global sporting event and expands upon tales and anecdotes garnered from both this tournament and her career in general.

As well as her work as a rugby speaker Fisher has worked as a Sky Sports Athlete Mentor and has used her skills as a motivational speaker to encourage and inspire young people and potential athletes, she has opened her own Personal Training Consultancy Agency, where she finds further use for her skills as a rugby speaker to help encourage and motivate other athletes. An inspirational figure that instantly motivates those in her presence and that hear her story, the incredible Heather Fisher is available to hire as a rugby speaker for any event, dinner or function where she will definitely provide an unforgettable performance for all attenedees.

When he’s at corporate events, Heather is known to cover the following topics: