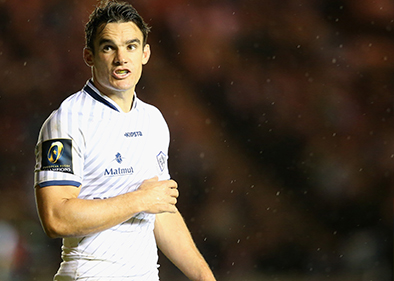 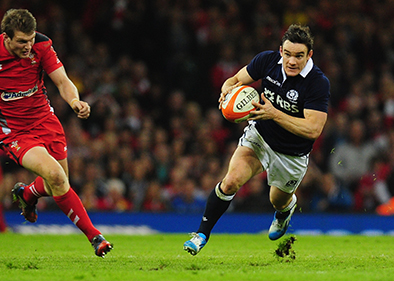 Max Evans is a rugby union player who has won 44 caps for Scotland. He plays at centre and wing, and is currently without a club after being released by Castres at the end of the 2015 season. Evans played golf professionally in Portugal from 2004–06 while recovering from a back injury suffered while playing for Harlequins' academy side.

He earned his first cap for Scotland against Canada in November 2008. He scored his first try for Scotland on 8 February 2009, after coming on as a substitute for his younger brother, Thom, in the 2009 Six Nations Championship match against Wales.

Thom, who also played for the Glasgow Warriors, was later forced to retire from rugby on 1 July 2010 as a result of a spinal injury he sustained in Scotland's 2010 Six Nations Championship match against Wales. On 10 May 2009, while playing for Glasgow against the Ospreys, Max sustained an injury to his knee, ruling him of competition for at least six months.

On 14 February 2011 Evans confirmed he would leave the Glasgow Warrior to join CastresHe was released from Castres in June 2015.

When he's at corporate events, Max is known to cover the following topics:

To book Max Evans as the rugby after dinner speaker for your corporate event, function or conference, simply contact the Champions Rugby Agency by emailing rugbyagent@championsukplc.com or by calling a booking agent directly on 0207 1010 553.