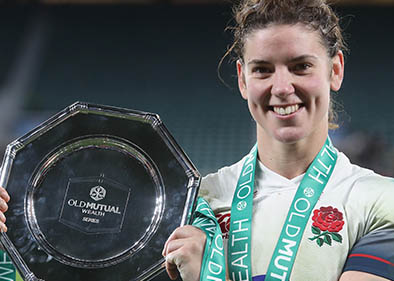 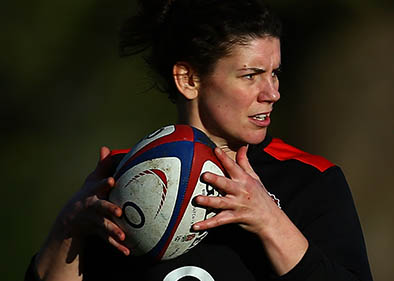 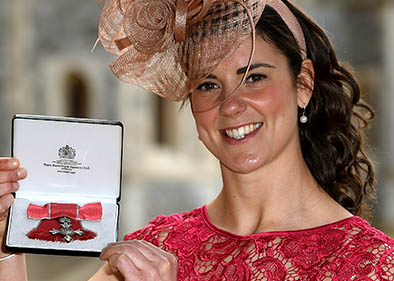 Sarah Hunter MBE is an award-winning rugby player, Captain of the England Women's Rugby Team and popular rugby speaker. Winner of the 2016 World Rugby Women’s Player of the Year and the second most-capped England Women’s player of all time, she has proved herself to be a truly influential figure within the sport, representative of female empowerment. The Red Roses recent success has been credited to Sarah's determination, mental resilience and ability to produce high-performance teams - topics which she explores in-depth as a rugby speaker.

Though she started with Rugby League, Sarah soon found her feet as a Rugby Union player. While studying at Goathland Primary School, she picked up a rugby ball for the first time as a young girl, before playing in the Rugby League aged 9. Six years later, aged 15, Sarah then moved to Rugby Union, initially playing for the Lichfield Ladies from 2004 to 2015. Sarah is considered to be one of the pioneering players within the team, leading female representation in rugby. Having fully established herself as a formidable player, it wasn't long before another club, Bristol Ladies, reached out to her in 2015.

As a testament for her dedication to sport, Sarah was appointed an MBE in 2015. She currently works as a University Rugby Development Officer, on top of captaining the Red Roses, reflecting her commitment to professional development. As a rugby speaker, Sarah reveals the secrets to her sporting success and how she earned 100 caps for her country. Popular and charismatic, Sarah's passion for success is infectious.

When featuring at events, Sarah can discuss:

To book England Captain and Rugby Union player, Sarah Hunter, as the rugby speaker for your corporate event, function or conference, simply contact the Champions Rugby Speakers agency by filling in our online contact form. Alternatively, call a booking agent directly on 0207 1010 553.