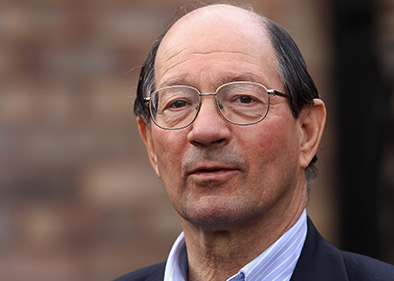 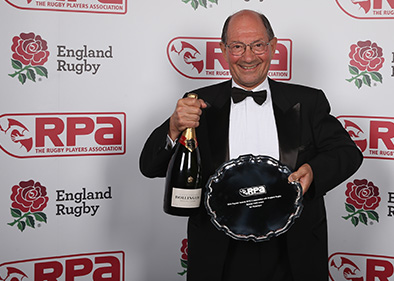 The Voice of BBC Rugby

Ian Robertson is a former International rugby player that played for Scotland until a serious knee injury forced him into early retirement at only 25; moving quickly into commentating and broadcasting, Robertson has been one of the most prolific rugby speakers and sporting commentators of the last thirty years. Heralded by many as ‘The Voice of Rugby’, the Cambridge University graduate has excelled in the world of commentary and broadcasting covering some of the biggest games and tournaments in rugby. A wonderful personality that has experienced and witnessed a staggering amount of rugby, Ian Robertson is a highly demanded rugby speaker working across the nation at dinners and events.

Ian Robertson joined the BBC as a rugby speaker and commentator in 1972 and has since become their resident rugby union commentator. As a rugby speaker, Ian Robertson has toured Britain, his talks steeped in personal insight and experience that few other rugby speakers are able to provide delivered with his incredibly polished and compelling manner that instantly resonate with event attendees.

Ian Robertson’s performances as a rugby speaker are considered some of the most entertaining within the rugby sector; he has a wealth of stories and anecdotes from his work as both a rugby player and sporting commentator. Outside of his capacity as a rugby speaker and commentator Robertson has acted as a commentator on various horse racing tournaments further increasing his popularity and stature while contributing to an increase in his presentation skills making him the consummate professional and performer as a rugby speaker.

Robertson’s personality, wit and acute sense of humour make him an excellent rugby speaker, the combination of his entertaining presentation style and interesting rugby centric content make him a stand out name amongst the numerous other sports speakers touring the British circuit. The nation’s most prized rugby commentator and broadcaster that has the utmost respect of fans and supporters around the world, the wonderful Ian Roberson is available to hire as a rugby speaker for any event or dinner where he is certain to be a fantastic addition to any occasion.

When he’s at corporate events, Ian is known to cover the following topics:

To book The Voice of BBC Rugby, Ian Robertson, as the rugby speaker for your corporate event, function or conference, simply contact the Champions Rugby Speakers agency by filling in our online contact form. Alternatively, call a booking agent directly on 0207 1010 553.