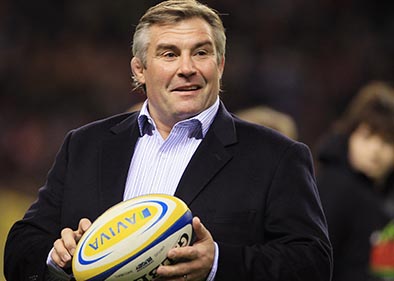 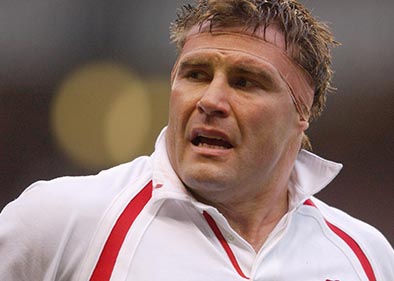 Former rugby union player and record breaker Jason Leonard OBE is known as one of the most capped players of all time and despite his retirement, has remained heavily involved in the sport by working as a rugby speaker and ambassador at rugby union after dinner speaker events. A rugby icon, that achieved everything in the game and was affectionally known as ‘The Fun Bus’, Leonard represented Harlequins on almost 300 occasions in addition to over 100 International caps. A staggering performer and Rugby World Cup winner, Jason Leonard OBE is one of the most sought after and demanded rugby speakers in the nation and regularly commands huge audiences during his performances.

Born in Barking, Jason Leonard OBE is known for his long standing career with the Harlequins where he is regarded as a legend and icon of the club and his numerous appearances and victories with the British and Irish Lions. Continuing to work as a rugby speaker for both the Lions and the Harlequins, Leonard boasts proudly of his former record (held until 2013) as the world’s most capped forward after he appeared in almost 120 England rugby union matches. Despite losing this title to New Zealand rugby speaker Richie McCaw Leonard continues to hold legendary status amongst England and Ireland fans and will forever be remembered by his nickname: ‘The Fun Bus’.

Leonard also previously held the record of most winning International matches (a position lost to Australian rugby speaker George Gregan in 2006). Jason Leonard OBE appeared in no less than five Lions’ victories and was part of a squad awarded arguably the most sought after title in rugby union, The Grand Slam, a staggering four times in 1991, 1992, 1995 and 2003. The epitome of a winner and champion, during his work as a rugby speaker Jason Leonard OBE shares the key ingredients to success and triumphs that are applicable to numerous walks of life.

An incredibly popular rugby speaker, Jason Leonard OBE is also frequently called upon to discuss the unforgettable Rugby World Cup win of 2003 in which England beat Australia 20-17. Leonard’s own passion for the sport is infectious and his memories and anecdotes are sure to entertain any crowd. As well as working as a rugby speaker, Jason Leonard OBE is the Lead Ambassador for the rugby charity Wooden Spoon as well as Sparks, the children’s medical research charity. As a rugby speaker Leonard speaks with unrelenting passion for these charitable organisations while continuing to raise awareness for these brilliant causes.

Inducted into the International Rugby Hall of Fame in 2007, Jason Leonard OBE is a true legend of the game and will forever have his name etched in the history books. The iconic prop forward Jason Leonard OBE is available to hire as a rugby speaker for any event, dinner or function where his presence will transform the stature of the event and make for a truly unforgettable and prestigious occasion.

When he’s at corporate events, Jason is known to cover the following topics:

To book Rugby Hall of Fame inductee, Jason Leonard OBE, as the rugby speaker for your corporate event, function or conference, simply contact the Champions Rugby Speakers agency by filling in our online contact form. Alternatively, call a booking agent directly on 0207 1010 553.