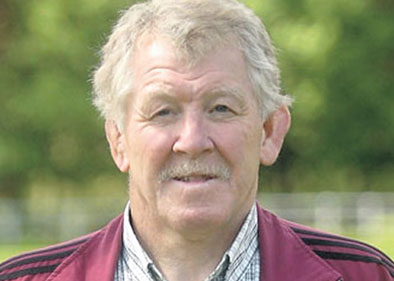 Graham Price MBE is a former Wales rugby union player and respected rugby speaker who won 41 caps for Wales during his professional career. Born in Egypt, the former Welsh international represented the British and Irish Lions on a record breaking 12 occasions as a forward as well as contributing to Grand Slam successes for his nation. The Rugby Hall of Fame inductee also appeared in an episode of Stella, showcasing his popularity and stature within rugby and the media. An icon and legend of Welsh rugby, the wonderful Graham Price MBE is available to hire as a rugby speaker for any event, dinner or function where he is certain to excel to provide an unforgettable experience.

After graduating with a degree in civil engineering from the University of Wales, Price went straight into professional rugby and began his career playing for the Welsh team Pontypool. He spent his career playing in the prop position and alongside team mates Bobby Windsor and Charlie Faulkner, became part of the Viet Gwent, the legendary Pontypool Front Row. The camaraderie and teams spirit he experienced during his time at Ponypool are remembered with warmth and fondness during his talks as a rugby speaker along with tales about the infamous ‘Viet Gwent’.

Graham Price retired from rugby union in 1983 and has since been an active rugby speaker on the after dinner speaker circuit. He was presented with an MBE in 2007 for services to British sports and as recognition of his role as part of both the Wales International and British Lions teams. As a rugby speaker, Price specialises in issues of peak performance and sporting success, his essential role within the two national teams have afforded him an insight into how to maintain and maximise success and he brings this knowledge and understanding to his role as a rugby speaker.

Successful as both a player and rugby speaker, Graham Price MBE has both captivated and inspired audiences at numerous corporate functions and sporting events, in 2005 Price was inducted into the Welsh Rugby Hall of Fame and later in 2013 he was inducted into the International Rugby Hall of Fame as part of the Best Team of All Time. Remarkable achievements and accolades that confirm Price’s ability and stature within the game putting him amongst the most prestigious and illustrious figures in the sport, an event or evening with Graham Price MBE as your rugby speaker is one not to be missed.

Outside of his work as a rugby speaker Price is also Welsh Ambassador for SOSIRBKITAID, a charity which helps children in some of the poorest countries in the world play rugby by providing them with unwanted kit collected in the UK. These spectacular exploits coupled with his staggering achievements as a player couple together to provide a true gentleman and terrific performer. The outstanding and iconic Graham Price MBE is available to hire as a rugby speaker for any event, dinner or function where his presence is certain to raise the glamour and prestige of any occasion where he is present.