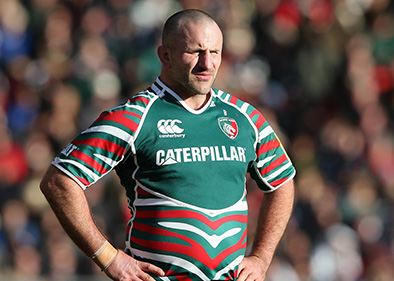 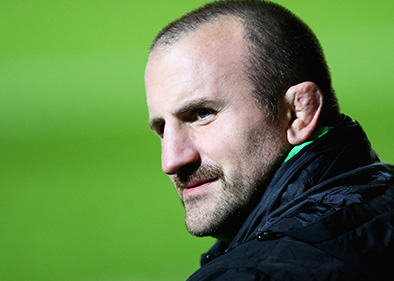 Rugby speaker and legendary Rugby player, George Chuter is known for his impressively long running playing career spanning more than a decade, Chuter played at the top level of professional rugby with British teams Saracens and then the Leicester Tigers. A Tigers legend, Chuter represented the Midlands clubs on almost 300 occasions while also representing his nation 24 times as a hooker. An incredibly decorated figure who has enjoyed tremendous success both domestically and internationally, George Chuter has also worked as a pundit and coach further raising his profile and stature within the game and contributing to his ever growing popularity and demand as a rugby speaker.

Taking part in seven Premiership Finals for the Leicester Tigers, George Chuter is a highly respected rugby speaker known for his dedication, ambition and wealth of playing experience. Chuter helped the Tigers reach four European Cup finals and also won a Knockout Cup with Saracens. These triumphs and encounters make Chuter the idyllic rugby speaker for any event where he is able to draw upon all of his knowledge and experience to sharing very valuable advice that was crucial to him achieving such glories during his career.

Chuter began his career in 1996 debuting with Saracens where he stayed for four years and after taking a year out to travel the world, George Chuter joined the Leicester Tigers where he stayed until the end of his career. After retiring, Chuter has gone to work as an after dinner speaker and make guest appearances on numerous high profile television and radio shows. As a rugby speaker, Chuter effortlessly entertains his guests through his charming and witty nature that allows him to instantly resonate and connect with audiences.

Outside of his work as a rugby speaker and Tigers legend, George Chuter is remembered as an integral member of England’s 2007 World Cup team, where he played alongside fellow rugby speakers and sporting icons Andrew Sheridan, Lawrence Dallaglio and Jonny Wilkinson. Chuter’s time playing with such personalities allow him to tell audiences what it was that made these players so special as well as sharing hilarious tales about those most idolised within the game.

One of the first people to be inducted into the Rugby Premiership Hall of Fame, George Chuter retired in 2014 to focus on his work as a rugby speaker and enjoy his personal life. Chuter has appeared as a guest and after dinner speaker at a number of hospitality events at his old club in Leicester; he is also a much sought after sports speaker at other more high profile events across the UK and continues to appear as a rugby speaker on television and radio broadcasts. A gentleman and professional at heart whose kind nature shines through during his charitable escapades, George Chuter is available to hire as a rugby speaker for any event, dinner or function where he is certain to be a fantastic addition to any occasion.

When he’s at corporate events, George is known to cover the following topics:

To book Leicester Tigers Legend, George Chuter, as the rugby speaker for your corporate event, function or conference, simply contact the Champions Rugby Speakers agency by filling in our online contact form. Alternatively, call a booking agent directly on 0207 1010 553.