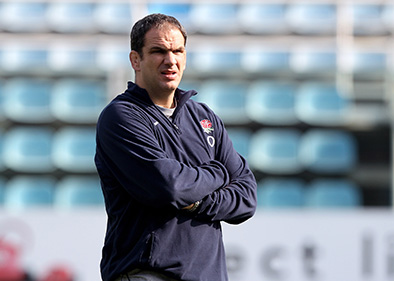 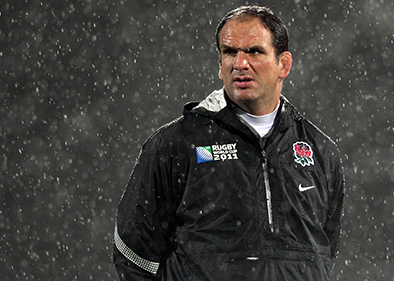 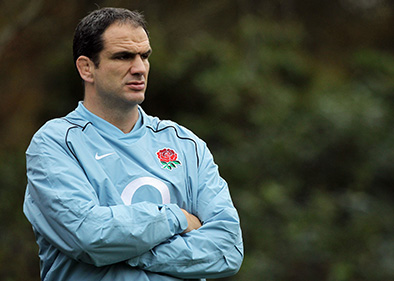 A legend of modern Rugby, Martin Johnson captained his England side to Rugby World Cup victory in 2003 as well as captaining his club, the Leicester Tigers to two Heineken Cup victories and six league wins. Martin was the England Rugby Coach between 2008 and 2011, where he used his extensive experience from his playing career to guide his national side once more. This knowledge is also what makes Martin a highly regarded rugby speaker for events and private functions.

Johnson began to play for the Leicester Tigers after two seasons in American Football in New Zealand. It was only three years later when Martin made his England debut against France, playing superbly despite being called up without preparation with his other team mates. Johnson went on to become an integral part of the team that won the 1995 Grand Slam. Martin took over the captaincy of his beloved Leicester Tigers in 1997 after the retirement of Dean Richards, with the winning reaching the Pilkington Cup and reaching the final of the Heineken Cup. Martin knows exactly how to maximise success and take opportunities in competitive environments, two skills closely related to corporate environment therefore making Martin a fantastic rugby speaker.

Johnson’s defining moment of his international career came at the 2003 Rugby World Cup, including the unforgettable 20-17 victory over Australia in the final. The national side beat the very best sides in the world including, South Africa, France and Wales to eventually take their place as one of the best teams to ever play. Johnson’s performances over this time were described as ‘among the best ever by a lock forward’. As a rugby speaker, Johnson relays anecdotal tales of his time as an elite sportsman, along with just how sweet that victory against Australia really tasted.

A rugby speaker who always is in demand, Martin regularly makes television appearances and is a regular on the after dinner circuit for large corporate clients. Martin’s eloquence and articulation whilst on stage makes him an ideal event and awards host, ensuring everything runs to plan and remains on time. The breath-taking Martin Johnson CBE is available to hire as a rugby speaker for any event, dinner or function.