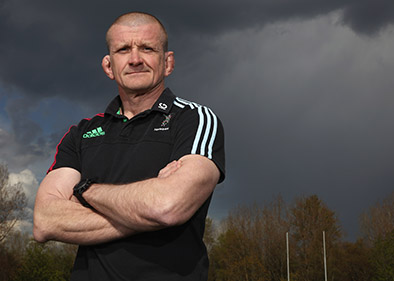 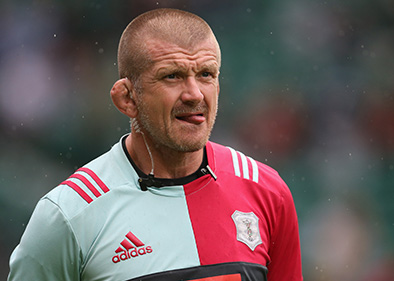 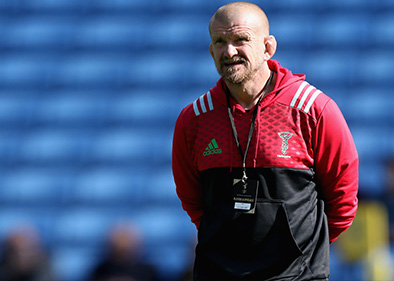 Former English Rugby Union player and Leicester Tigers legend, Graham Rowntree played at Loosehead Prop for both teams and went on to have an illustrious career enjoying success at both domestic and international levels. Graham’s vast experiences as an elite athlete and as part of a coaching team make him one of the most sought after rugby speakers on the after dinner circuit. A terrific player and competitor that was always a fan favourite and gave everything for his team both on the domestic and international stage, Rowntree has also excelled in the world of coaching following his retirement and utilities the abundance of knowledge and experience he gained as a player to flourish as a coach much likes his rugby speaking exploits.

Depsite having to compete for international position with the world’s most capped player – Jason Leonard, Graham holds 54 caps for his nation, spanning multiple Rugby World Cup campaigns, Grand Slams and international tours allowing Graham Rowntree to share wonderful tales and anecdotes from experiences garnered from the pinnacle of rugby.

Graham Rowntree joined the Leicester Tigers in 1988, spending his time in the harness of the ABC Club with Richard Cockerill and Darren Garforth. Making his England debut in March 1995 as a replacement for Leonard, Graham’s immediate impact and performances allowed him to secure a place in the 1995 World Cup squad to South Africa. The delight of this first cap is something that no player will ever forget and this feeling remains the same for Rowntree too as he speaks of the honour and pride he felt.

Graham did not receive another cap for his nation for another two years, until a series of wonderful performances brought him back into the international spotlight. Rowntree was selected for tours of Canada and the US in 2001 and participated in the squad’s Autumn Internationals, a particular highlight being named man of the match for England’s 20-15 victory over Australia.

Despite playing an important role in international fixtures in the run up to the 2003 Rugby World Cup, Graham Rowntree was not selected in the team to take the journey over to Australia. Sir Clive Woodward admitted that leaving Rowntree behind was one of the hardest decisions he had to make in his preparations. Despite this knockback, Rowntree returned for his national side in the 2004 Six Nations with strong performances. Graham’s ability to regain form and prove his worth in a highly competitive environment makes him one of the most compelling rugby speakers.

Graham made a final appearance for England against Australia in 2006, before announcing his retirement. He became a coaching assistant at his home side, Leicester Tigers before being drafted into the national coaching squad to become an elemental part of the Specialist coaching staff.

Having spent from 2007 to 2015 as England Rugby’s Forwards Coach, in his after dinner speeches Graham talks of his experiences within the backroom team of an international set up as well as the differences between being a coach and a player at the world’s biggest tournaments, including the Rugby World Cup and Six Nations. Graham has also recently participated in the 2017 British and Irish Lions tour with the team getting a win a loss and a draw and during his work as a rugby speaker provides an intimate account into arguably one of the most hardly fought and contested Lions Tours of all time.

Graham’s career has led him to understand the mindset, drive and determination needed to succeed at an elite international level of sporting competition. Graham’s invaluable knowledge bodes well for him a rugby speaker, engaging with audiences and providing the advice needed to achieve their own levels of peak performance. A true gentleman and rugby hero that has been exceptional as player, coach and speaker, Graham Rowntree is available to hire as a rugby speaker for any event, dinner or function where he is certain to be a fantastic addition to any occasion.

To book Leicester Tigers & England Legend, Graham Rowntree, as the rugby speaker for your corporate event, function or conference, simply contact the Champions Rugby Speakers agency by filling in our online contact form. Alternatively, call a booking agent directly on 0207 1010 553.