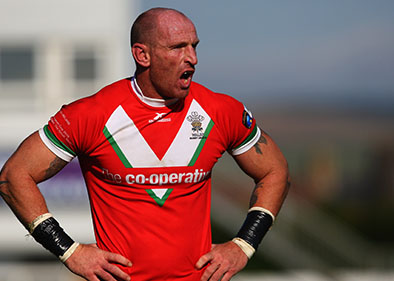 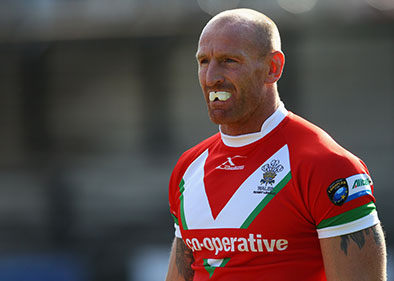 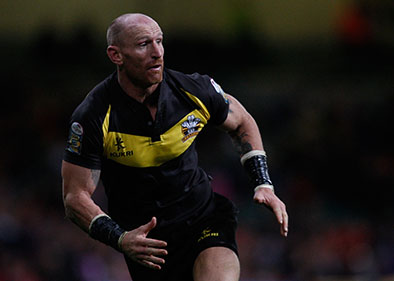 Welsh rugby speaker and former international player, Gareth Thomas is one of the most iconic rugby players in his home country; with several years spent as one of the top ten Welsh and International Rugby Players in the World Thomas has made a name for himself as a popular media guest, pundit and rugby speaker. Gareth Thomas is renowned for support and advocacy for homosexuality as he became the first rugby player to come out as gay and the following year he was voted the most influential gay person in the UK in the IoS Pink List and received Stonewall’s Hero of the Year award. A high class rugby player who has played both codes of the game to a formidable standard, Gareth Thomas is seen by an icon by many and is an incredibly popular and sought after rugby speaker.

Originally from Bridgend in Wales, Gareth ‘Alfie’ Thomas became a professional rugby player in 1995 and went on to enjoy a quite fantastic career. Receiving 100 International caps for his country and he is currently ranked 13th among international try scorers and is the second highest Welsh try scorer. A fullback, centre or winger, Gareth Thomas excelled in rugby union for Cardiff Blues and Toulouse as well as flourishing in national colours. A British and Irish Lion, Gareth Thomas also captained the illustrious side as well as leading his nation allowing him to deliver insightful and valuable leadership advice to guests and audiences during his work as a rugby speaker.

Following his retirement from rugby union Thomas switched to rugby league where he was once again prolific for Crusaders RL and also earnt 4 international caps. Gareth retired in 2011 but continues to rank in the top 20 try scorers in the world. Upon retirement Gareth Thomas became a dedicated rugby speaker and media star. A hugely popular TV personality, Thomas uses all of his expertise and experience from the television and entertainment business to captivate and enthral audiences during his work as a rugby speaker.

As well as working as a rugby speaker, Gareth Thomas has appeared on a number of high profile reality TV series including Celebrity Big Brother where his popularity saw him through to the final three contestants. Thomas has also appeared on Dancing on Ice and as a pundit and commentator for a number of important rugby union games for the BBC. An analyst for ITV covering multiple Rugby World Cup campaigns, Thomas provides a fascinating insight and analysis of the game making him a favourite amongst viewers.

Beyond the work as a rugby speaker Gareth Thomas is probably best known as the first openly gay rugby player in the UK; after coming out in 2009 Gareth has spoken about the stigma of homosexuality within the sports industry. An active supporter of ChildLine, Thomas has stated that, although he doesn’t know if coming out has made his life easier or not, he hopes that his doing so will help other young gay sportsman seek support from charities such as ChildLine.

The 2005 BBC Wales Sports Personality of the Year, Gareth Thomas has made a tremendous impact on both rugby union and rugby league both on and off the field. A true gentlemen that has entertained on the pitch and changed the lives of so many off it, the remarkable Gareth Thomas is available to hire as a rugby speaker for any event, dinner or function where he is certain to delight guests at any occasion.

To book Welsh Rugby Legend, Gareth Thomas, as the rugby speaker for your corporate event, function or conference, simply contact the Champions Rugby Speakers agency by filling in our online contact form. Alternatively, call a booking agent directly on 0207 1010 553.