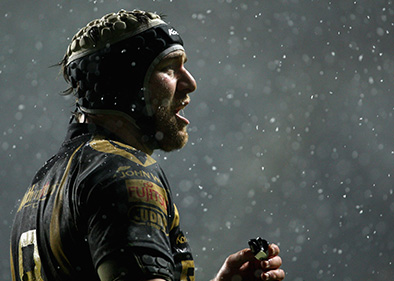 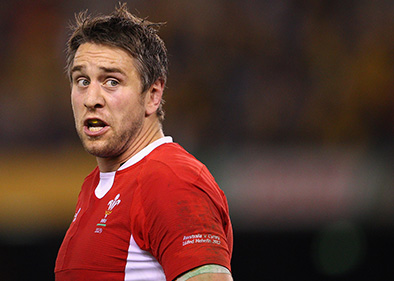 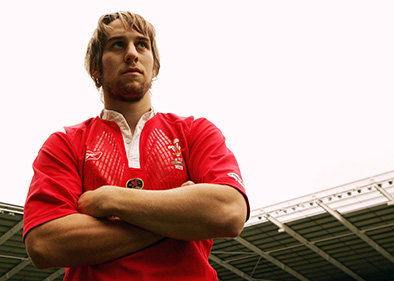 Welsh rugby speaker Ryan Jones is the most capped Welsh captain in rugby union history, he began his career at Newport RFC in 1999 he has gone on to be part of the Celtic Cup winning Ospreys’ side. Born in Newport, Wales, Ryan Jones has played for a number of well-known Welsh sides and continues to work as a rugby speaker at local and club events across the Nation; as well as playing for Welsh sides Newport and Bridgend Jones has also played for the now disbanded Celtic Warriors and finally joined the Osprey’s in 2004. A prolific performer on the pitch for both club and country, since his retirement, Ryan Jones has become an incredibly sought after and popular rugby speaker performing across the UK and in particularly in his native Wales.

Whilst at the Osprey’s the team won both the Celtic League in 2004–05 and its replacement, The Magners League in 2006–07 at which point Ryan Jones was made captain. Ryan Jones continues to work as a rugby speaker for The Ospreys, his captaincy and the team’s success during his tenure helping to make him a very popular after dinner speaker for all Osprey fans.

As the captain and leading rugby speaker for the club Jones’ team went on to win the Anglo-Welsh Cup in 2007–08, beating the Leicester Tigers in the final at Twickenham. The team won the Magners League for the third time in 2009–10, beating Leinster at the RDS Arena in Dublin. Ryan Jones was eventually replaced as captain and rugby speaker by Alun-Wyn Jones in 2010. Jones made his first appearance as a rugby speaker and player for the Welsh national team in 2004 and played a key role in the team’s Grand Slam win the following year, and was called up as a replacement for Simon Taylor during the 2005 British and Irish Lions tour of New Zealand.

In 2008 Ryan Jones was made captain of the Welsh national team and made his first match appearance in his new role at the Autumn Internationals in ’09. Jones led his team to their second and third Grand Slam victories in seven years in 2008 and 2012 and is heralded as a key contributor to the team’s worldwide success. Ryan frequently works as a rugby speaker for national and club events, including after dinner speaker functions, award ceremonies and fundraising dinners.

In March 2014, Jones signed for English club Bristol Rugby, who take part in the RFU Championship and made his first match appearance as a rugby speaker and player for the team in 2015. Now retired, Jones is one of a small group of Welsh players to have won three Grand Slams, one of which he captained. An incredibly popular and likeable figure that was a fan favourite, Ryan is an extremely approachable rugby speaker that wonderfully engages with guests to make for a fantastic event. The 2008 IRB International Player of the Year nominee, Ryan Jones is available to hire as a rugby speaker for events and functions across England and Wales where he is certain to be a fantastic addition to any occasion.

When he’s at corporate events, Ryan is known to cover the following topics: