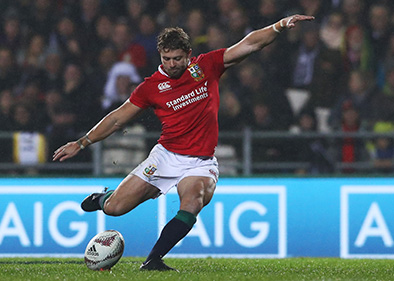 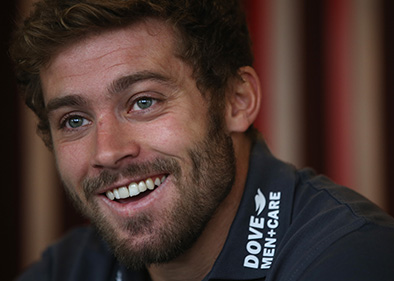 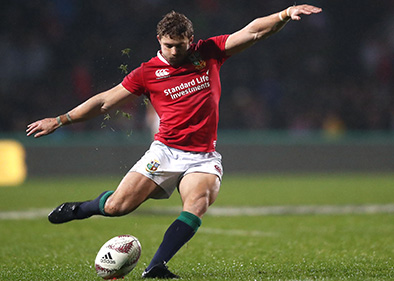 The third-highest point scorer in Welsh rugby history, Leigh Halfpenny, is an international rugby union player. Halfpenny currently plays for the Scarlets and is a regular team member for Wales international teams, having taken part in several Six Nations tournaments, British and Irish Lions tours and Rugby World Cup campaigns. A versatile player that is a huge asset to any team, Leigh Halfpenny combines his fantastic gameplay with analytical prowess to present himself as a fantastic utility back. Blessed with a tremendous goal kicking ability, Halfpenny regularly leaves audiences in awe as a result of his prowess. An incredibly popular player, Leigh Halfpenny is an equally popular and well respected rugby speaker performing at events and functions across the UK.

Leigh’s rugby union career began when he was chosen to play for the Ospreys under-18s before following this with two years of training under Neath RFC and making his debut for Cardiff RFC in 2008. He was a player for Cardiff Blues for four years between 2009 and 2013, after which he joined French side Toulon. During his work as a rugby speaker Leigh Halfpenny is able to discuss the differences in domestic rugby in France and Wales as well as expressing his reasons for joining the French club.

Halfpenny became an International rugby union player early in his career as a player on the Wales Under-20 international squad and was chosen as part of the Wales national rugby union team. He went on to represent the country in the 2009 Six Nations, the British & Irish Lions tour to South Africa, 2011 World Cup, 2013 British and Irish Lions tour to Australia and the 2014 Autumn Internationals in addition to many other International fixtures to this date. Having already played 78 International matches so far in his career, Halfpenny has represented his nation in various high profile events and closely fought Tests allowing him to share valuable insight into the pinnacle of rugby as well as providing tales and anecdotes from him vast experiences within the game.

Leigh’s outstanding performances have been recognised numerous times. He was shortlisted in 2013 for the IRB Player of the Year and took the title of BBC Wales Sports Personality of the Year in the following year. Still playing and continuing the go from strength to strength as he utilities his experience and wisdom to go along with his playing abilities, Leigh Halfpenny continues his quest to be remembered as one of Wales’ greatest ever players.

A wonderful talent that exudes charisma, Halfpenny is the consummate professional and displays motivational and inspirational characteristics that are certain to engage guests. Sharing entertaining stories from his time in the game as well as discussing topics such as peak performance and maximising success, Leigh Halfpenny is available to hire as a rugby speaker and is certain to be the idyllic addition to any occasion.

When he’s at corporate events, Leigh is known to cover the following topics:

To book Wales and British & Irish Lions Player, Leigh Halfpenny, as the rugby speaker for your corporate event, function or conference, simply contact the Champions Rugby Speakers agency by filling in our online contact form. Alternatively, call a booking agent directly on 0207 1010 553.