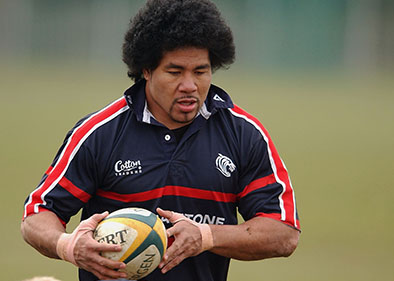 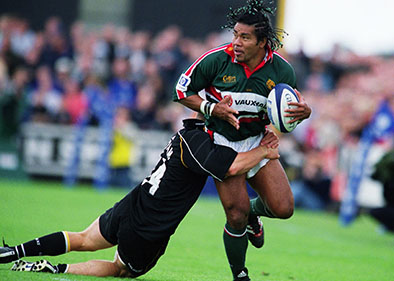 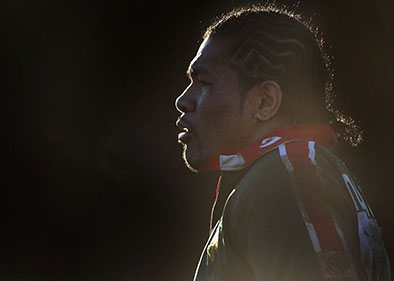 Freddie Tuilagi is a retired rugby player and rugby speaker known for his wonderful playing abilities that saw him play for several high profile European rugby union teams. A fan favourite at Welford Road, Freddie Tuilagi enjoyed a career spanning over 75 games for the Leicester Tigers. A dual code player, Tuilagi also experienced tremendous success in Rugby League representing both St. Helens and Halifax Town. The eldest of seven brothers who were all blessed with an abundance of talent and with some going on to have a wonderful careers in the game, Freddie Tuilagi is a wonderful rugby speaker whose popularity on the pitch has seamlessly transferred to life as an after dinner speaker.

Born in Samoa, Freddie Tuilagi made his first appearance in a British team in 1995 when he was signed by rugby league team Halifax Town and he made a fantastic impact scoring an impressive 26 tries in 57 appearances for the club. Continuing to work as a rugby speaker and player in rugby league, Freddie Tuilagi went on to play for St. Helens RLFC helping them win both the 1999 and the 2000 Super League Grand Finals. Following his successful career in rugby league, Freddie moved into rugby union and signed for the Leicester Tigers. All but one of his seven younger brothers also went on to sign for the Leicester Tigers in the years’ that followed. During his work as a rugby speaker Freddie discusses the main differences between the two codes and also expresses his preference along with expanding upon the fond heritage his family formed with the Tigers.

An imposing figure with a gentle heart that truly is a gentleman, Freddie Tuilagi has had a wonderful career and life in rugby playing in both codes of the game as well as working as a coach and agent in addition to his breath-taking performances as a rugby speaker. Currently coaching children at his own rugby skills course named 'Tuilagi Rugby Skills Courses' and still heavily involved in the game, Freddie Tuilagi is available to hire as a rugby speaker for any event, dinner or function where he is certain to entertain and captivate the audience with his performance.

When he’s at corporate events, Freddie is known to cover the following topics:

To book Former Leicester Tiger Player, Freddie Tuilagi, as the rugby speaker for your corporate event, function or conference, simply contact the Champions Rugby Speakers agency by filling in our online contact form. Alternatively, call a booking agent directly on 0207 1010 553.