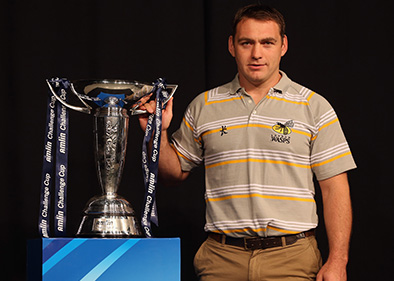 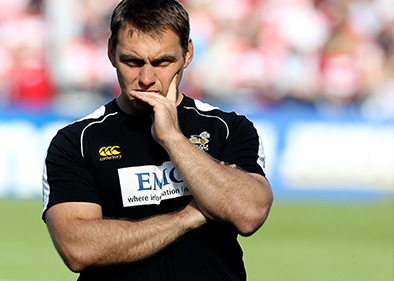 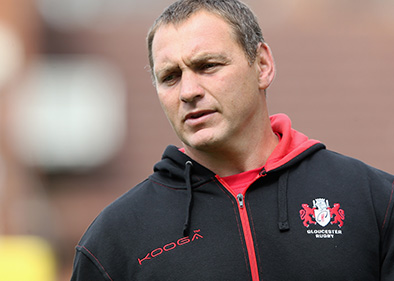 Trevor Woodman MBE is a Rugby World Cup winner and English rugby union player. Born in Cornwall, when he was 18 to play full-time rugby at Bath. In 1996, he transferred from Bath to Gloucester Rugby, where, over eight seasons, he made 123 appearances in all competitions and scored 12 tries. Up until 2003, with a career battered by injury, Trevor Woodman MBE failed to cement a starting place in the England side. However, he finally sealed a place as the starting loose-head prop with strong performances in the pre-tournament matches before the Rugby World Cup in 2003 and ended the tournament with his named etched in English rugby history. A coach and commentator following his retirement as a player, Woodman has also worked extensively across the nation as a rugby speaker and regularly attends events for his old clubs.

It was during the 2003 Rugby World Cup that Trevor Woodman made a tremendous impact, keeping veteran prop Jason Leonard out of many games, Trevor Woodman is now respected as one of the best props the game has seen. However, despite his fighting spirit overcoming so many injuries, a long-term back injury forced Trevor Woodman to finally retire in 2004 at the age of 29. A drastic and devastating end to a prolific career, during his work as a rugby speaker Woodman discusses the psychological challenges and heartbreak he felt when his career was curtailed through circumstances out of his control.

A former Gloucester Rugby and Sale Sharks player, Woodman played in the historic and triumphant 2003 Rugby World Cup final and regularly discusses what is comfortably the fondest moment of his career with great fondness and pride during his work as a rugby speaker. Woodman also discusses peak performance, maximising success along with drive and determination during his work as a rugby speaker allowing him to resonate with guests from all backgrounds whether their interest be in the business or sporting worlds.

Since retiring as a player, Trevor Woodman MBE has worked as an ambassador for International Animal Rescue and is currently working to help promote the rescue and rehabilitation of suffering bears in India. Woodman has also provided commentary for Fox Sports in Australia alongside his commitments as a coach for Sydney University and the Australian National Rugby team. Having succeeded as a coach, Woodman has also gone on to hold posts as a Forwards Coach and more recently has returned to old club, Gloucester Rugby as the teams Scrum Coach. These experiences as a coach allow Trevor to differentiate the differences of being a player and a coach as well as discussing the game of rugby from varying viewpoints to deliver a holistic overview of the game during his work as a rugby speaker.

Trevor Woodman received an MBE in the 2004 New Year’s Honours list in recognition for his fabulous contribution to England’s 2003 Rugby World Cup victory. A player and personality that is revered and respected in the world of rugby, World Cup winner Trevor Woodman MBE is available to hire as a rugby speaker for any event, dinner or function across the UK to provide an insight into one of English rugby’s finest moments.

When he’s at corporate events, Trevor is known to cover the following topics: