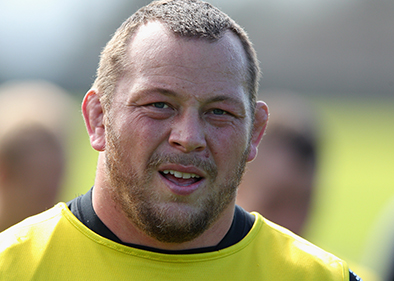 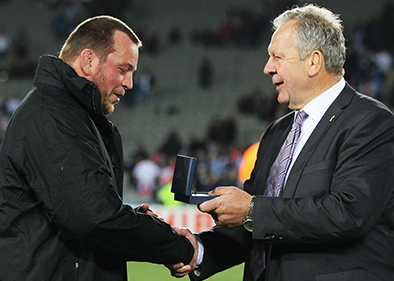 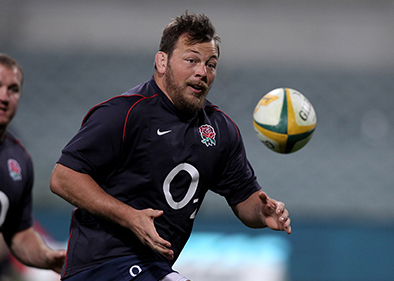 Steve Thompson MBE is a former Rugby Union player and 2003 Rugby World Cup winner. Once England’s most capped hooker, Thompson has also played for the British & Irish Lions as well as playing almost 200 matches for the Northampton Saints. Mobility, strength and durability have served Steve Thompson MBE well since he excelled as a member of the winning Midlands Under 21 team against New Zealand as well as the victorious North and Midlands and England sides against South Africa in the same age group. His emergence blossomed into the status of a 2003 Rugby World Cup winner and he has rejuvenated his career since sustaining a serious neck injury in the Heineken Cup pool match against Biarritz and announcing his retirement from the game four years ago. Following his retirement from the game, Steve Thompson has worked increasing as a rugby speaker appearing at events and functions across the UK to share the story of England’s 2003 heroics.

Steve left Northampton Saints, the club he represented for ten seasons and had captained, to pursue a coaching role with Brive but took further medical advice, was cleared to play for the French club and returned to action later in 2007. Before winning two more England caps in Australia, Thompson signed a two-year contract with Leeds Carnegie and said: “I am looking for a fresh challenge and Leeds is exactly right for me.” Having played domestically for a number of clubs both in England and France, Thompson is able to provide an overview of how club rugby compares between the two nation while also sharing his affinity with the Saints during his work as a rugby speaker.

He initially appeared twice for England A over a decade ago, his debut being in the 31-30 defeat by Ireland A on his home club ground at Franklin’s Gardens. Steve had not become involved in rugby until the age of 14 when he developed his skills at Northampton Old Scouts while a pupil at Northampton School for Boys. Thompson made his debut for England in the 2002 Six Nations with a win against Scotland before becoming a regular fixture within the team following impressive performances in the Southern Hemisphere including wins against Australia and New Zealand. A crucial member of the historic and unforgettable 2003 Rugby World Cup, during his work as a rugby speaker Thompson discusses the keys to England’s success while sharing hilarious stories from the campaign.

Following a gap of 38 months since he won his 47th cap against Ireland, Steve’s international comeback off the bench for Dylan Hartley was in the 37-15 win over the Pumas at Old Trafford and he won his 50th cap against Argentina in November 2009. The surprise recall from Martin Johnson is something Steve often discusses during his work as a rugby speaker. He duly became the twenty second England player to reach 60 caps when sharing in the 26-13 win over Samoa at Twickenham last autumn.

An uncompromising forward, since his retirement Thompson has been based in Dubai and has acted as an ambassador for the Christina Noble Children's Foundation as well as working as a pundit for ESPN and BT Sport. A 2003 Rugby World Cup winner and British & Irish Lion, Steve Thompson MBE is available to hire as a rugby speaker for any event, dinner or presentation awards evening where he is certain to be a fantastic addition and contribute towards an unforgettable occasion.

When he’s at corporate events, Steve is known to cover the following topics: