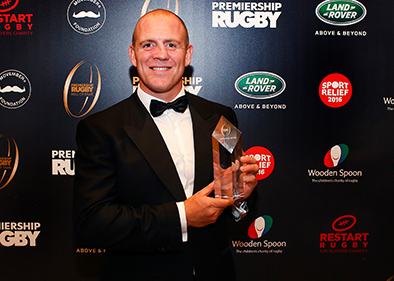 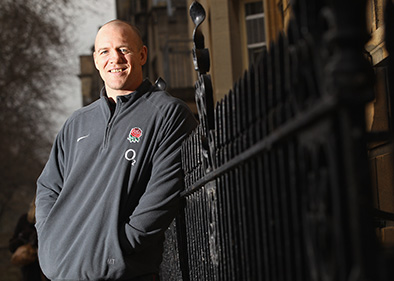 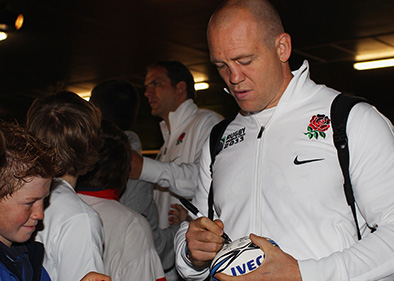 An English Rugby legend, Mike Tindall was at the forefront of both domestic and international throughout the entire length of his career. Joining Bath straight from school aged 18 in 1997, Mike enjoyed seventeen years in the sport, making over 250 premiership appearances as well as 75 caps for his country. An inspiring and captivating rugby speaker, Mike has a lot of lessons to give to business and social environments alike from teamwork to maximising success.

Making his debut for England in 2000 alongside Mike Catt against Ireland at Twickenham, Mike cemented his position in the team from there on after. Playing at outside centre for the 2003 Rugby World Cup, Playing in the World Cup Final, Mike was known as the ‘heartbeat’ of the team, playing an elemental role in the side’s overall victory in the tournament. Discussing such an important moment in English Rugby, Tindall makes for a rugby speaker who can recall a number of anecdotal tales to give insight into being World Champions.

After suffering a foot injury in 2005, causing him to miss the majority of the season, Mike moved to west country rivals Gloucester Rugby and regained form ready for the start of the following season. Forging a 10,12,13 partnership with Ryan Lamb and Anthony Allen, Tindall inspired aggressive play making attacks, causing the fans to hold him in affectionate regard. During his work as a rugby speaker Tindal discusses domestic rugby as well as sharing his fondness for the clubs he played for and cherishes.

Forming arguably the most powerful centre partnership with Andy Farrell for the 2007 Six Nations tournament, the pair would go on to lead England to an impressive set of results that would form good preparation for the 2007 Rugby World Cup. Unfortunately, Mike sustained a broken leg that would leave him out of the World Cup Squad but return for Gloucester quickly to help his side in both the Premiership and Heineken Cup. Mike stresses the importance of teamwork and leadership as a rugby speaker, two attributes crucial to success in all walks of life. More recently, Mike Tindall was named as a contestant on 'I'm a Celebrity... Get Me Out of Here!' 2022, finishing as the eighth celebrity to be eliminated from the competition.

Mike would go on to appear for Gloucester Rugby 181 times over his nine years with the club, with his last two seasons acting also as a backs coach. Retiring in 2014, Mike Tindall has left a legacy on the game that will be hard to outshine. A wonderful character and consummate professional, Mike is sure to answer questions from fans whilst also tailoring his content to suit a client’s brief, making him one of the most sought after rugby speakers on the after dinner speaker circuit. A gifted performer both on and off the field that enjoyed a tremendous carer and is a member of the royal family, Mike Tindall MBE is available to hire for any event, dinner or function where he be the idyllic addition as a rugby speaker.

When he’s at corporate events, Mike is known to cover the following topics: