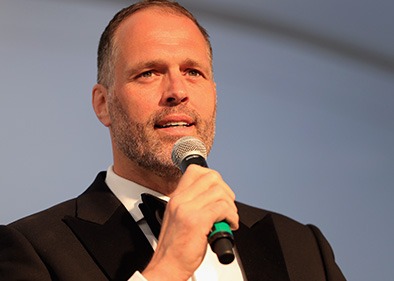 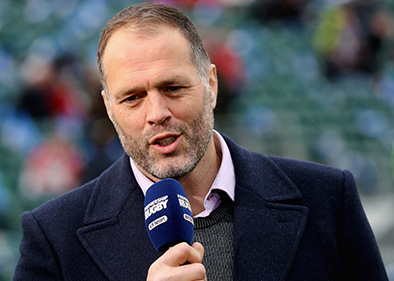 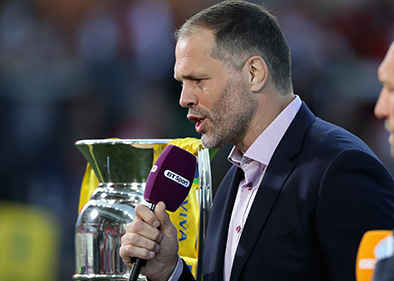 One of the tallest ever players of elite international Rugby, Martin Bayfield was an incredibly potent forward for both his club and country. At 6’10”, Martin posed a formidable figure for opponents, towering above his opposite number and giving any side he played for a noticeable advantage. Winning 31 England caps throughout his career, Martin became a highly respected and reliable face for his national squad. A fantastic rugby speaker, Bayfield combine humour and anecdotal tales of his times both on and off pitch to engage and compel guests, making him one of the most sought after personalities on the after dinner speaker circuit where he specialises as an esteemed rugby speaker.

After making his England debut in 1991, Martin became a stalwart performer for his national side, being part of the 1992 Five Nations as well as the 1993 British & Irish Lions tour to New Zealand. Forming part of the 1994 Rugby World Cup squad, Bayfield would partner Martin Johnson 18 times for his country and were often seen as the greatest forward pairing of the time. As a rugby speaker, Martin stresses the importance of teamwork and strong leadership as two key components to success in a multitude of disciplines including social, sporting and corporate environments.

Unfortunately, injury cut Martin’s professional Rugby career short, suffering a neck problem before a match before Gloucester in 1998. Martin describes the adversity he had to overcome during this time perfectly as a rugby speaker, conveying the difficulty of stopping a sport you love alongside recovering from injury and disappointment. Since then, Martin has gone onto form a highly successful career in media, film and broadcasting. A TV Presenter for the NFL and World’s Strongest Man, Martin currently is heavily involved with BT Sport’s coverage of the Aviva Premiership alongside TV Presenter Craig Doyle. Bayfield was casted as the double for actor Robbie Coltrane for many of the Harry Potter films, utilising his height in long shots to emphasise Coltrane’s character of the half-giant Hagrid. Having experienced such incredible opportunities both within and outside of rugby, Martin’s life is extremely interesting and intriguing allowing him to entertain and captivate guests with content from various exploits ensuring a diverse experience that can resonate with all of his guests.

A wonderful rugby speaker, Martin is a consummate professional in front of a large audience thanks to his extensive work as a TV Presenter. Happy to interact with the audience, Bayfield ensures listeners feel part of his story whilst guaranteeing everyone enjoys themselves with the use of well-judged wit and humour. Similarly, Bayfield is also an accomplished event host, overseeing an event or function to make sure everything runs to plan in a polished and faultless demeanour. The extremely impressive and compelling Martin Bayfield is available to hire as a rugby speaker for any event, dinner or function across the UK where is certain to be a fantastic addition to any occasion.