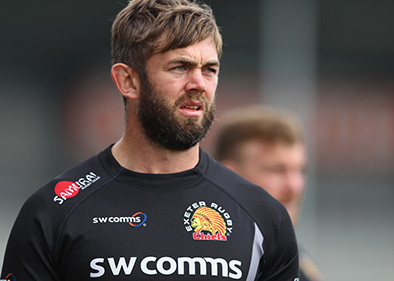 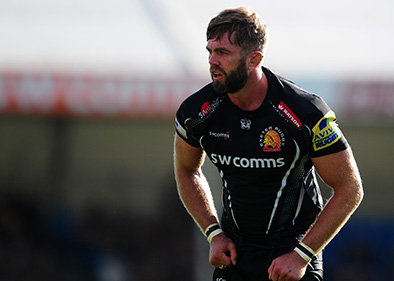 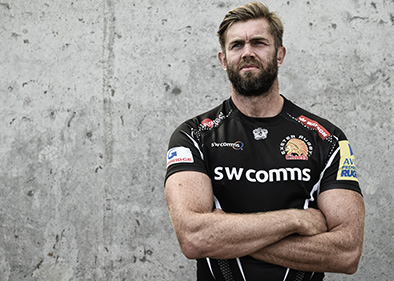 Geoff Parling is a former England International and Melbourne Rebels rugby player where he plays as a lock. Parling has played for England on 29 occasions and has also represented the British and Irish Lions on three occasions. Geoff has been making his name in the rugby world since he was young, representing England at Under 16’s, 18’s, 19’s and Under 21’s levels and being tipped for profound success since the infancy of his career. In particularly well known for his stints with Newcastle Falcons, Leicester Tigers and Exeter Chiefs, Geoff Parling is a very popular rugby speaker appearing at a host of events, functions and presentation evenings around the nation.

Studying at Newcastle University, Geoff Parling began his professional club career after graduating. He joined the Newcastle Falcons and established himself as a regular in the first team in the 2005-06 season, during which he won the Players’ Player of the Year award. In the 2006-07 season, Geoff regularly captained the team and he was the runner-up for the Gatorade Performance of the Guinness Premiership Season 2008-09. The perfect start to any professional career, Geoff Parling discusses the transition between studying and competing professionally during his work as a rugby speaker as well as sharing details and lessons that allowed him to achieve his potential.

Parling’s success saw him sign for Rugby giants, Leicester Tigers where he consequently made his debut against former club Newcastle Falcons and his first start was in the Heineken Cup against Benetton Rugby Treviso. He then supported the team in a friendly against South Africa, which ended 22-17 in favour of the Tigers. A magnificent achievement both individually and collectively, Geoff Parling’s stellar performance against the Springboks showcased his clear ability at the International level.

Possibly on of the highlights of his career, Geoff Parling was a crucial part of the 2009-10 Guinness Premiership winning team – a great talking point during his speaking engagements which makes for tremendous content during his work as a rugby speaker. In the final against Saracens, Geoff seized the opportunity to steal a vital line-out with one minute of game time remaining to secure the victory. This led to him being voted Newcomer of the Year by the club’s supporters as well as contributing to International recognition.

Geoff Parling finally fulfilled his dream of representing his country when he was selected to represent England for the first time as part of a 44-man squad chosen to tour Australia in 2010. His outstanding performances during the Six Nations campaign meant that he finished the campaign as first-choice lock for his country leading to a total of 29 international caps. In 2015, Geoff signed a two-year contract with Exeter Chiefs, but has since moved to Australia to play for Melbourne Rebels allowing him to discuss the differences in domestic rugby between Australia and England in addition to International rugby.

A true gentleman and consummate professional that continues to enjoy a diverse and distinguished career within the game, Geoff Parling is available to hire as a rugby speaker for any event or function where he will certainly resonate with guests sharing tales and anecdotes in addition to his compelling experiences to ensure a fascinating performance as a rugby speaker.

When he’s at corporate events, Geoff is known to cover the following topics:

To book Former England Rugby player, Geoff Parling, as the rugby speaker for your corporate event, function or conference, simply contact the Champions Rugby Speakers agency by filling in our online contact form. Alternatively, call a booking agent directly on 0207 1010 553.