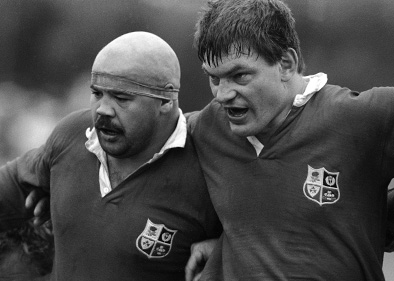 A respected former professional rugby player, Gareth Chilcott enjoyed a career which saw him reach the pinnacles of his sport. An exquisite after dinner speaker and rugby speaker, Chilcott experienced exceptional successes throughout his career both domestically and internationally. An active Honorary President of the rugby charity Wooden Spoon, Chilcott is also an ambassador for SOS International Rugby Board Kit Aid in addition to being somewhat of a TV personality. A hugely respected and revered figure and legend of Bath Rugby, Gareth Chilcott is an incredibly popular rugby speaker and one of the funniest and most entertaining performers across the nation.

The charismatic role model made over 400 appearances for Bath RFC throughout his career, winning 5 league titles and 7 cup titles showing his clear undeniable ability of being a winner. Gareth represented England on the international front throughout the 1980s and was involved with the British and Irish Lions tour of Australia in 1989. Instantly recognisable for his iconic headband moustache combination, Gareth Chilcott is one of the most loved players of his time. His 14 International matches as a prop in addition to the 12 domestic trophies his won as a player provide a host of tales, anecdotes and experiences he eloquently shares with guests at events.

A friendly giant who plies his trade as an after dinner speaker and rugby speaker across a multitude of events and occasions, Gareth Chilcott is in high demand. A larger than life character, he is extremely well suited to life as a rugby speaker and flourishes in the role as a natural born entertainer who is effortlessly able to captivate, excite and entertain any guest. Well known for his classic rugby anecdotes which he divulges across private and small functions, to large after dinner audiences, his flexibility towards all events and occasions is exceptional making him the idyllic addition to any event.

A specialist rugby speaker, ideal as an after dinner speaker for a whole host of events, occasions and conferences, Gareth Chilcott adds an element of instantly recognisable familiarity to proceedings. The England international, British and Irish Lion and Bath rugby legend, the infamous Gareth Chilcott is available to hire as a rugby speaker for any event or function where he is certain to be a remarkable addition and provide an unforgettable performance.

To book Bath Rugby Legend & Pundit, Gareth Chilcott, as the rugby speaker for your corporate event, function or conference, simply contact the Champions Rugby Speakers agency by filling in our online contact form. Alternatively, call a booking agent directly on 0207 1010 553.