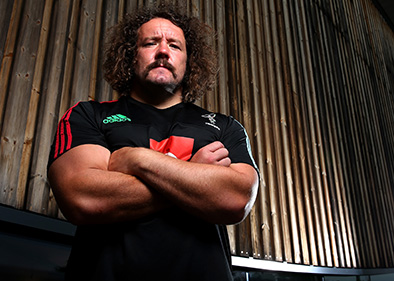 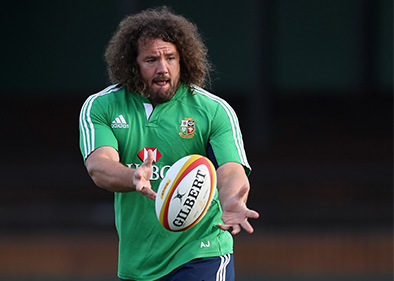 Adam Jones is one of the most recognisable and iconic Welsh rugby players of all time that currently plays for Harlequins in the Aviva Premiership. A tighthead prop by trade, Jones has enjoyed a stellar career being apart of the British & Irish Lions Tours as well as representing the much celebrated Barbarians during his already illustrious career. An incredibly proud Welshman, Adam Jones has represented his nation on almost 100 occasions. An incredibly popular and sought after player and rugby speaker, Jones has represented Neath, Cardiff Blues and Harlequins as well as spending over a decade with the Ospreys where he became and household name and cult hero. Jones is a remarkable character that has truly excelled in the world of rugby leading to him becoming a highly demanded rugby speaker that appears across the nation delivering remarkably insightful and hilarious performances as a rugby speaker.

Jones began his career with Neath before switching to the Ospreys as a result of the regionalisation of Welsh rugby in 2003. Instantly making an impact and impression upon his arrival at his new club it was not long before Jones received an International call up as he made his debut against England in the highly anticipated 2003 Six Nations. Once again Adam was nothing short of brilliant leading to him cementing his place in the team and making the No.3 shirt his own as he went on to be selected for the 2003 Rugby World Cup. During his work as a rugby speaker Jones discusses the transition in Welsh rugby that led to him joining a new club as well as being in involved in the most pressurised and prestigious tournaments at the very beginning of his International career.

Playing in every game of Wales’ World Cup campaign Jones went on to also be an indispensable member of the side throughout the 2004 Six Nations and autumn Internationals before making vital contributions during Wales’ historic Grand Slam-winning campaign, starting all five of Wales' games en route to this unforgettable achievement that he fondly reminisces on during his work as a rugby speaker. Perfectly placed to talk about performing under pressure and consistency, Jones was again outstanding during the 2006 Six Nations before experiencing some adversity during the 2007 tournament. Once again selected for the Welsh World Cup squad, Jones was agonisingly left out of the final group game. A devastating moment for any player, as a rugby speaker Adam Jones shares how he dealt with this setback along with how he came back from all the criticism he faced during his career about scrummaging strength and fitness to flourish.

A truly magnificent career, Adam Jones expands upon his two Lions Tours sharing unmissable information and insight that will certainly captivate the audience. One of a small group of Welsh players to have won three Grand Slams, there is perhaps no one better placed to discuss success and peak performance then Jones along with his ability to discuss numerous Rugby World Cup campaigns making him a fascinating rugby speaker.

A record breaker, icon and prolific performer, Jones’ endearing and approachable personality coupled with his vast knowledge and experience derived from a tantalising career make for fantastic rugby speaker. The instantly recognisable Adam Jones is available to hire as a rugby speaker for any event, dinner or function and is certain to be the idyllic addition to any occasion.

When he’s at corporate events, Adam is known to cover the following topics:

To book Iconic Welsh Rugby Player, Adam Jones, as the rugby speaker for your corporate event, function or conference, simply contact the Champions Rugby Speakers agency by filling in our online contact form. Alternatively, call a booking agent directly on 0207 1010 553.