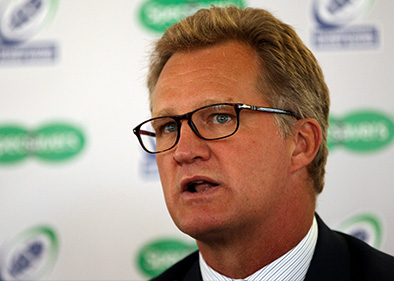 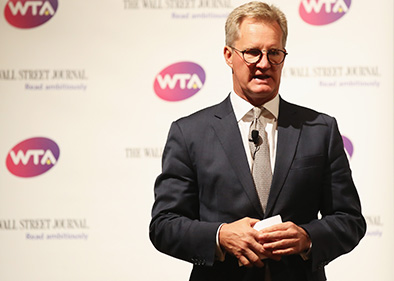 Rugby Hall of Fame inductee and Australian rugby speaker, Michael Lynagh is known as one of the best Aussie players in recent history. During his career Michael appeared in a number of high profile matches including the 1984 Grand Slam and the 1991 Rugby World Cup both of which Australia won. A former Australia rugby captain that excelled as both a fly-half and a centre, at the time of his retirement, Lynagh was the record point scorer in rugby showcasing his prowess within the game. Retiring in 2013 Michael Lynagh has established himself as a specialist rugby speaker appearing at high profile after dinner speaker events in both Australia and Europe as well as being involved in numerous business and punditry ventures.

Now a Managing Director at Dow Jones Corporate EMEA, Lynagh recently suffered a major battle off the pitch through a health scare which turned out to be a stroke. An incredibly traumatic experience, Lynagh discusses this challenge while sharing tools he used as coping mechanisms during his playing career that aided him here too. Michael’s ability to be resilient as a player was obvious and it certainly helped in this battle too showing that the lessons he provides during his work as a rugby speaker are applicable to all walks of life.

As a rugby speaker, Michael Lynagh is often requested to appear at corporate events to discuss the highlights of his career, he is an entertaining after dinner speaker and has a wealth of brilliant anecdotes at his disposal. Ranked amongst the 50 or 100 best players of all time and a top 10 Australian rugby player of all time, Lynagh was inducted into the Sport Australia Hall of Fame in 1999 and received an Australian Sports Medal the following year. Michael has also been inducted into the International Rugby Hall of Fame as well as the Wallaby Hall of Fame. A legend and icon of Australian rugby, Michael Lynagh is available to hire as a rugby speaker for any event, dinner or function where his presence will definitely raise the prestige of any event and provide it with extra glamour ensuring your event is one that will not be forgotten.

When he’s at corporate events, Michael is known to cover the following topics: