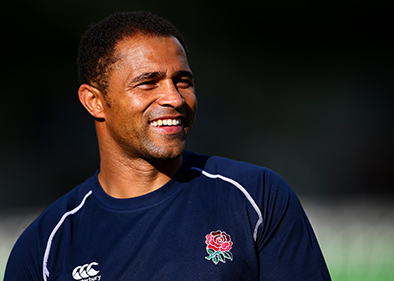 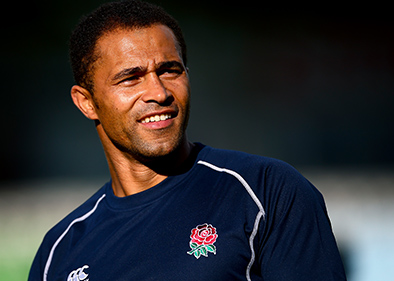 English dual-code Rugby legend Jason Robinson OBE is best known for his outstanding try to assist his national team in their victory during the 2003 Rugby World Cup Final. Jason’s outstanding career in both Rugby League and Rugby Union make him an expert in achieving peak performance in any situation. An instantly recognisable figure that was renowned for having arguably the greatest side step in the world coupled with blistering pace and tremendous composure. A former England captain that exudes leadership, Jason Robinson OBE is a an incredibly decorated and illustrious rugby player and works across the nation as a highly sought after rugby speaker.

Representing his nation 51 times in Rugby Union, Jason’s wonderful and devastating attributes made him a formidable opponent for any opposite number. Jason’s experience of performing in some of the greatest sporting occasions in the world under huge pressure make him a highly desirable rugby speaker on the after dinner speaker circuit for events and private functions.

Accrediting his attacking ability to his time playing Rugby League, Jason dared to counter-attack and run round players like no other player of the time. His risk taking mentality and quick feet allowed Jason to become one of the high scorers of the English Premiership every season as well as a regular contributor to the nation’s scoreboard. Jason Robinson’s entertaining and electrifying gameplay has somewhat transferred to his work as a rugby speaker where he is able to effortlessly captivate guests often leaving audiences starstruck.

Jason provides invaluable advice during talks as a rugby speaker, participating in question and answer sessions about how he managed to consistently perform for both club and country, as well as stressing the benefits of having a clear goal backed with relentless drive and determination. These teachings and advice are invaluable and coming from such an esteemed figure, have a tremendous impact on guests.

Jason continued to play for Sale Sharks and England until 2007, when he officially announced his retirement from the sport. Jason received a standing ovation from every crowd he played in front of during final appearances for club and country, this gesture showed the respect and adulation Robinson had earnt and received during his career. Jason Robinson will forever remain in the hearts of Sale Sharks fans and is often called upon to work at club events as a rugby speaker where he shares stories around the 248 points he scored for the club.

Throughout his career, Jason Robinson had always represented the nature of the sport and excited crowds with his trademark lightening runs and daring manoeuvres. As an after dinner speaker and rugby speaker, Jason interacts with audiences wonderfully and ensures everyone feels apart of the rollercoaster ride that professional sport becomes. His kind nature and gentlemanly conduct allow him to be a favourite amongst crowds and instantly content with the audience making for an extremely engaging and captivating performance.

A former England captain, Rugby World Cup winner and dual-code international, the imperiously talented Jason Robinson is able to hire for any event, dinner or function where he is certain to be the idyllic addition to any occasion.

When he’s at corporate events, Jason is known to cover the following topics: