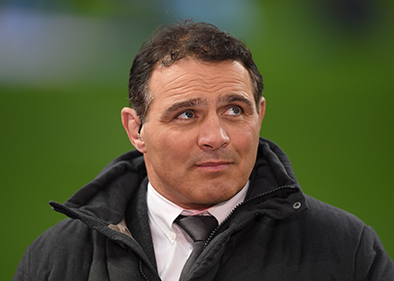 Raphaël Ibañez is a retired French rugby union player and former captain of the French national team. Born in Dax, Ibañez began his playing career for his hometown in 2011; he would play there for 7 years before moving to Perpignan and then later, Castres.

He made his international debut for France in 1996 against Wales, Ibañez then went on to win 72 caps for his country, including 27 as captain. He led France to the 1999 Rugby World Cup final against Australia. Ibañez initially retired from international rugby after the 2003 Rugby World Cup but was soon playing for the national side again.

After the 2003 World Cup he moved to Saracens where he enjoyed two years at the club before moving to the London Wasps in 2005. Ibañez played a crucial role in the 2007 Heineken Cup Final where he was a part of the London Wasps winning side. He continued to play for the Wasps until he suffered a number of career-ending injuries in 2008.

Ibañez led France’s Six Nations side in 2007 before being forced to retire for the second and final time from international rugby. He continued to try and play rugby at domestic level for the Wasps but, in 2009, his playing career had to end due to medical advice. An incredibly talented rugby player, Ibañez also reflects on overcoming career-ending injuries as a rugby speaker.

As an incredibly motivated man who inspired and captured the hearts of a nation, it was not long before Ibañez decided to take on a coaching role at French side, Bordeaux Bègles. He was a coach at the club from 2012-2017 and is now pursuing a career as a rugby speaker and publisher. A regular guest on the BBC Six Nations studio, Ibañez offers a witty and intelligent personality which makes him the ideal rugby speaker for your event.

At your corporate event or function, Raphaël Ibañez will cover the following topics:

To book former Saracens rugby player, Raphaël Ibañez, as the rugby speaker for your corporate event, function or conference, simply contact the Champions Rugby Speakers agency by filling in our online contact form. Alternatively, call a booking agent directly on 0207 1010 553.