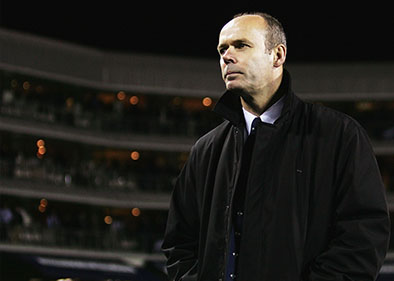 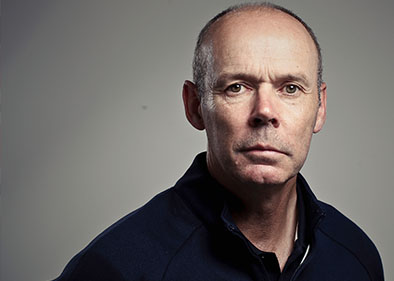 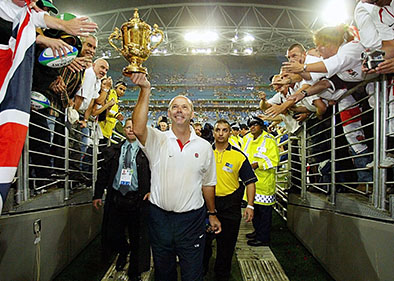 Sir Clive Woodward OBE has had a huge effect on English rugby. Clive became one of the sport’s true legends after coaching England to their 2003 Rugby World Cup victory. One of the most revered rugby speakers, Clive’s articulate and compelling account of his time coaching the greatest rugby team of the moment is sure to engage audience and provide invaluable advice for business and social groups alike. Arguably the most successful England rugby coach of all time, Sir Clive Woodward is one of the most sought after and prestigious rugby speakers in the nation and appears at high profile events and functions across the UK.

A successful Rugby Union player, Clive joined Harlequins in 1974 before leaving to gain a Bachelor of Science degree in sports science at Loughborough University. On his return to the game, Clive was signed by Leicester Tigers in 1979, followed shortly by his debut for England against Ireland in 1980. Gaining 21 caps for his nation, Clive also toured with the British and Irish Lions on two occasions in 1980 and 1983. Having a rugby speaker with experience both on and off the pitch at an elite level makes Woodward a rare breed, providing one of the most comprehensive views of the sport on the after dinner speaker circuit.

Woodward acquired the role of England coach after the retirement of Jack Rowell in 1997. Sir Clive was tasked with transforming the squad from the amateur era into the professional age. Despite his job coming under question after the 1999 World Cup, Woodward persevered a developed a team that went on to win a 2003 Grand Slam and the 2003 Rugby World Cup. Perhaps the finest moment of English rugby to date, Clive’s management and team attitude proved vital when facing some of the most formidable teams in the world.

As a rugby speaker, Woodward stresses the importance of a group mentality and strong leadership as two assets vital to success in both business and personal life. Since his management of the English rugby squad, Woodward moved into the football league, becoming Performance Director at Southampton Football Club as well as playing an integral role within the British Olympic Association as Director for Elite Performance. Clive also acted as Deputy Chef de Mission for the 2008 Olympics alongside the undertaking of a review for the 2012 Games that was seen to be elemental in the success the nation experienced during our home games.

Sir Clive’s experience in a multitude of sports at a high level make him a renowned rugby speaker, relating the important aspects of peak performance and maximising success that are transferable across the majority of sporting disciplines. A consummate professional, Sir Clive is an ideal event host and awards host, engaging and interacting with audiences whilst ensuring everything runs to plan and on time.

When he’s at corporate events, Clive is known to cover the following topics: