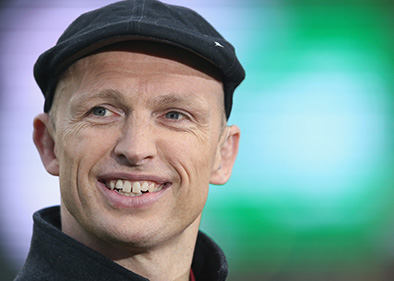 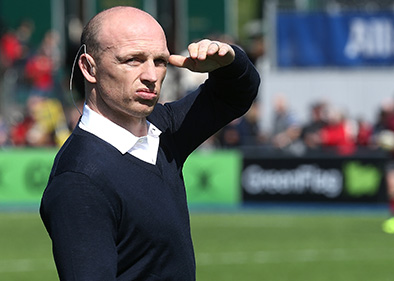 Matt Dawson is one the most accomplished Rugby players of the modern professional era. Playing for both Northampton Saints and Wasps at club level, Matt enjoyed a successful career at the highest level of his sport, including winning the Premiership title. Matt also had the privilege of representing his nation as well as touring with the British and Irish Lions. As a rugby speaker, Matt delivers invaluable advice about how to maximise success and performance under huge pressure.

Matt’s playing style was famed for his trademark darting runs as well as his ability to play to the whistle well, scoring many tries from ‘tap-and-go’ penalties. Matt also demonstrated a versatility in the sport by being called upon to kick penalties if there were injuries within the squad, emphasising Matt’s natural talent and diverse skill set. During after dinner speeches, Matt interacts with audiences wonderfully during his work as a rugby speaker by engaging and relating with listeners to ensure they become part of Matt’s view on elite sport and mindset on life.

It was Matt Dawson MBE who fed the ball from a ruck to Jonny Wilkinson to score the winning drop goal in the 2003 Rugby World Cup final, showcasing a hugely successful career filled with consistency and relentless drive to stay the best scrumhalf in the country. After retiring from Rugby, Matt embarked on a media and broadcasting career in which he has excelled due to his great humour, wit and charm.

Matt is currently a captain on A Question of Sport, battling against his opposite number Phil Tufnell. In 2006, Matt won BBC’s Celebrity Masterchef, beating Hardeep Kohli and Roger Black to the title. Matt showed his competitive spirit in a discipline other rugby in the 2006 series of Strictly Come Dancing, coming a very commendable second to cricket’s Mark Ramprakash. Dawson is also a sought after rugby pundit and TV presenter, working for either BBC, Sky Sports and BT Sport almost every weekend. These wonderful experiences and opportunities have developed Dawson’s presentational ability making him a faultless performer during his work as a rugby speaker as well as providing him with content that will resonate with a wider audience as well as rugby fans.

An instantly recognisable figure, TV personality and fan favourite, Matt Dawson MBE is a true gentleman that is able to effortlessly resonate with guests and audiences in an instant. A hilarious and entertaining performer who has a host of tales and anecdotes to share, Dawson also possesses vast knowledge and expertise about the game of rugby which he shares to make for a thoroughly informative performance. Rugby World Cup winner, renowned media star and pundit Matt Dawson MBE is available to hire as a rugby speaker for any event, dinner or function where he is certain to be a hit with your audience and produce an unforgettable event.

When he’s at corporate events, Matt is known to cover the following topics: