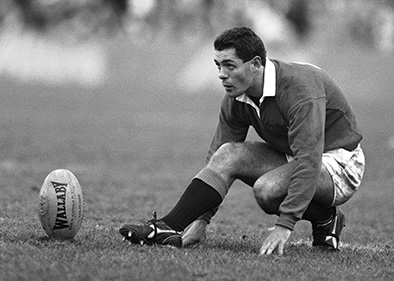 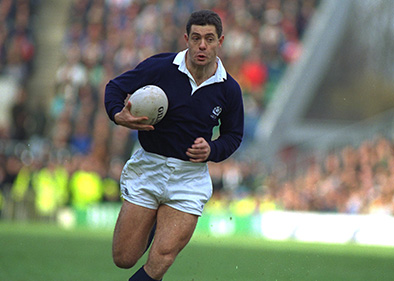 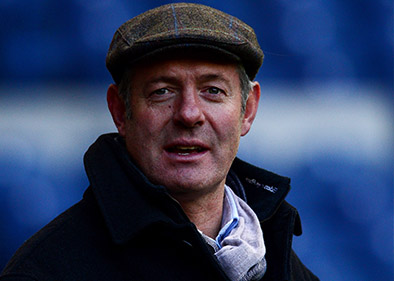 Rugby speaker Gavin Hastings was part of the formidable Hastings brothers who became some of most popular Scottish national players of the 1990’s; one of the most outstanding Rugby Union players of his generation Gavin now works as a dedicated rugby speaker appearing at after dinner speaker events across both Scotland the rest of the UK. Widely regarded as one of the best ever Scottish rugby players and one of the outstanding players of his generation, Hastings won 61 caps for Scotland including 20 as captain. Touring with the British and Irish Lions on two occasions and captaining the tour during the latter, Gavin Hastings is an idyllic, inspirational and quite brilliant rugby speaker.

Born in Edinburgh in 1962, Gavin attended Cambridge University where he won two Rugby Blues and captained the University team in the 1985 Varsity Match. He made his professional debut in 1986 in the Five Nations Championships playing for Scotland against the French side.

Captaining the Scottish Watsonians side Gavin Hastings became incredibly popular with the Scottish public; his leadership abilities were tested time and time again in his role as captain at a number of other domestic clubs, including London Scottish, the Barbarians and the British Lions national side. His work as a rugby speaker covers his various roles and the numerous tournaments in which he acted as captain and is filled with a selection of enlightening and entertaining stories about his fellow players and team mates.

Part of the historical Scotland team that won the Grand Slam in 1990 and as such remains a legend amongst Scotland fans and is frequently asked to discuss these successes in his capacity as an after dinner speaker. Gavin Hastings played in the first three Rugby World Cup campaigns and scored a memorable try that gave Scotland their first away victory against France in more than 25 years when the teams met in Paris in 1995. During his work as rugby speaker Gavin Hastings regularly discusses his International career and shares hilarious and fascinating stories from his playing days.

Gavin retired from International Rugby following the Rugby 1995 World Cup in South Africa to become a dedicated rugby speaker. Retiring with over 700 points Gavin boasts 61 test appearances for his country, 20 of which he acted as captain and 6 for the British Lions. He and his brother Scott remain the only brothers to play on the British & Irish Lions Test Match and Gavin discusses what it was like to play alongside his brother along with the competition within the family during his work as a rugby speaker.

As well as working as a rugby speaker Gavin Hasting also runs a company specialising in sports marketing and event management. Current clients include The Famous Grouse whisky, current sponsors of the Scottish Rugby Team, as well as BT Scotland, BT Cellnet (now O2) and The Ladies European Golf Tour. This business and the skills required to succeed have allowed him to further enhance his credentials and capability as a rugby speaker.

A wonderful full back and captain, Gavin Hastings has excelled both on and off the field and continues to flourish as the Chairman of Edinburgh Rugby club. The former Scottish international and British and Irish Lion is available to hire as a rugby speaker as he has a host of tales and anecdotes to share at any event, dinner or function where his expertise and knowledge are certain to captivate and enthral the audience.

When he’s at corporate events, Gavin is known to cover the following topics: