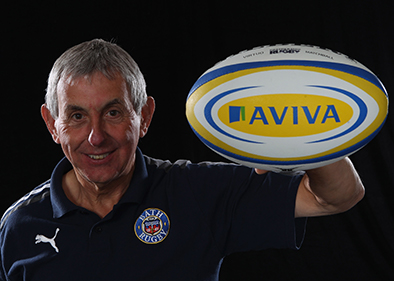 Former Coach Of The British and Irish Lions

Sir Ian McGeechan OBE is a former Scottish rugby union player who has coached a number of huge domestic and international sides, including the British and Irish Lions. McGeechan played at fly-half and outside centre during his extremely successful career. Born in Headingley, McGeechan played for the local side, Headingley, for his whole domestic career.

He made his debut for the local club in 1964, this was the start of a 15-year stint at the club in which he earnt legendary status and built a legacy for other professionals to build upon. He made his debut for Scotland in 1972, McGeechan eventually played 32 times for Scotland and went on to captain them on 9 occasions. Over his 15-year career, McGeechan played 8 times for the British and Irish Lions, all of these appearances came in 1974 and 1977. Although an extremely successful player, McGeechan is most recently remembered for his very successful coaching career.

His first coaching role came as assistant coach of his international side, Scotland, McGeechan was eventually offered the head coach role in 1988. He enjoyed his first head coach success in 1990 as Scotland won a Grand Slam after victory in the Five Nations. McGeechan took charge of the British and Irish Lions squad and coached them in 4 separate tours, the first was in 1989 with the last coming in 2009.

His domestic coaching career began in 1994 as he was appointed the Director of Rugby at the Northampton Saints. After 5 years with the club, he returned to Scotland as Director of Rugby where he enjoyed another stint the international rugby giants. 2005 saw a return to the domestic game with a role at the London Wasps. During his first season as coach in 2005/06, he guided the team to the Welsh Cup title after beating Llanelli Scarlets in the final. Success became regular with the Wasps and he led the squad to Heineken Cup victory one year later, before winning the Premiership in his third year with the club. His last coaching role came at Bath where he enjoyed a 2-year period with the club, after his departure, he was announced as the executive chairman of local side Leeds Carnegie.

McGeechan is a charismatic, enthusiastic and intriguing character meaning every room he enters is bought to life. As a rugby speaker, he will provide that cutting-edge to your corporate event or function, he often discusses his playing and coaching career, but also discusses the importance of teamwork and leadership working together, as well as delving into peak performance.

To book Former Scotland player and coach, Sir Ian McGeechan OBE, as the rugby speaker for your corporate event, function or conference, simply contact the Champions Rugby Speakers agency by filling in our online contact form. Alternatively, call a booking agent directly on 0207 1010 553.