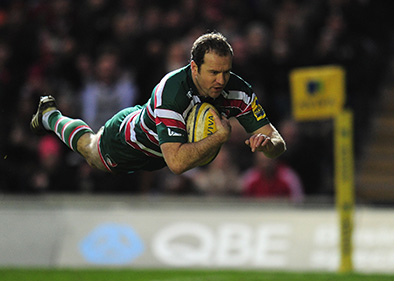 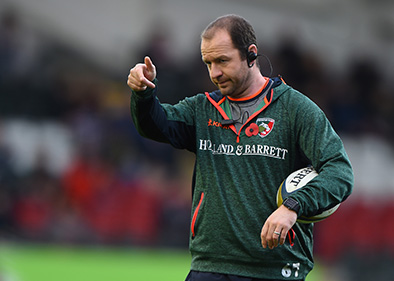 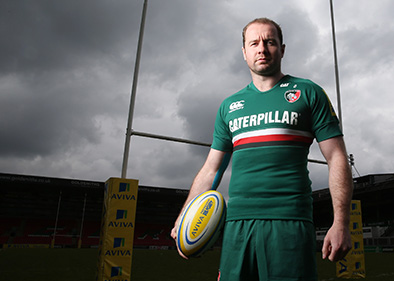 One of the Premiership’s most decorated players, Geordan Murphy has an enjoyed an illustrious career both internationally with Ireland and domestically with Leicester Tigers where he retired as nothing short of a club legend. Geordan experienced top-flight rugby for sixteen seasons, making him an ideal rugby speaker to address issues such as peak performance, leadership and teamwork, as well as the importance of maintaining peak performance and grasping opportunities to maximise success. A versatile performer with an abundance of talent, Geordan Murphy truly is the ideal player to have in any team and this trait of being an idyllic performer has transferred to the world of speaking where he has become an incredibly sought after rugby speaker.

Joining Leicester Tigers in 1997, Geordan competed with Tiger’s fullback Tim Stimpson for position before taking the position of Right Wing to enjoy back-to-back Heineken Cup victories in 2001 and 2002. The 2001/2002 season also saw Murphy finish as the squad’s top try scorer showcasing his scoring capabilities. As Geordan matured as a player, he began to favour playing at fullback over wing, allowing Murphy to take a commanding and controlling position on pitch. Geordan’s new role also led to him taking on the captaincy of the Tiger’s on multiple occasion, including the 2008/2009 season, where Murphy led the team to Premiership victory and a Heineken Cup final. During his work as a rugby speaker Geordan Murphy shares experiences and stories from the Tigers’ glory years where they dominated Europe while identifying the key areas that led to their success.

In May 2012, Geordan Murphy retired from international Rugby, leaving behind a career filled with success and incredibly consistent performances. One year later, in May 2013, Geordan retired from competitive Rugby altogether and joined the Leicester Tiger’s coaching team. With huge experience of both playing at a high level as well as coaching a team in how to perform to their highest possible level, Geordan can relate to both business and social environments during after dinner speeches as a sports speaker, ensuring every audience member goes away with invaluable advice that can be applied to everyday situations making him the perfect rugby speaker for any occasion.

Ending his domestic career as a Leicester Tigers legend, stalwart an cult hero, Murphy played for the Welford Road side on a staggering 316 occasions to go along with 72 appearances for his nation, Ireland. An outstanding performer and contributor, Murphy also represented the incredibly prestigious British and Irish Lions and Barbarians further emphasising his terrific status within the game. The experiences and knowledge garnered over his career playing for such esteemed teams allows Murphy to provide compelling and captivating content to share with his guests during his performances as a rugby speaker to ensure he provides real value to audiences.

Whilst appearing at event and private functions, Geordan enjoys question and answer sessions as well as delivering motivational or anecdotal rugby speeches concerning his experiences as one of the world’s most revered Rugby players. An extremely approachable individual, charismatic figure and the epitome of a gentlemen, the truly outstanding Geordan Murphy is available to hire as a rugby speaker where he is certain to be an amazing addition to any occasion.

When he’s at corporate events, Geordan is known to cover the following topics: