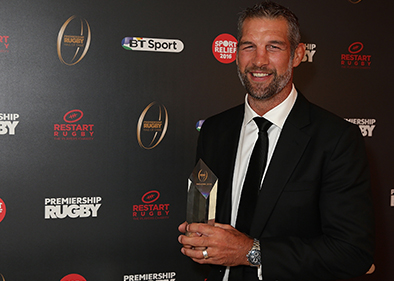 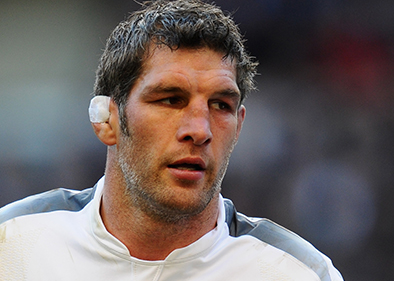 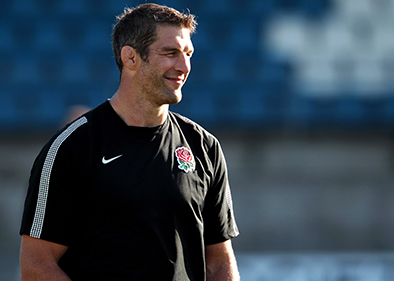 One of the tallest men to have played for England, Simon Shaw has represented England at various levels including students and Under-21s. Showing immediate promise and talent for the game, Shaw played for Bristol at the age of 17 despite not taking up the game seriously until he was 16, just after his family had moved to England from Spain. He was educated at Runnymede College, in Madrid and at Godalming College in Surrey. Playing for Cranleigh Rugby Club in his younger and formative years, Shaw now often returns to train with the youth teams as well as working as a rugby speaker at club events as well as appearing across the nation at a wide array of occasions.

Shaw played for Bristol at the age of 17. He joined London Wasps in 1997. Wasps won the Tetley’s Bitter Cup in 1999 and retained it the following season with a victory over the Northampton Saints. Playing against Bath in August 2000, Shaw became the only lock in the Premiership to have scored a drop goal.

The 2004–05 season saw Wasps win the Premiership for a third season in a row. The following season Wasps defeated the Scarlets to win the Powergen Cup. Wasps defeated Leicester Tigers in the final of the 2006–07 Heineken Cup to become European champions for the second time. The following 2007–08 season saw Wasps defeat Leicester Tigers in a final again to regain the Premiership title. In May 2008, playing against Leeds Carnegie in the last match of the regular season, Shaw became the first player ever to play in 200 Premiership matches.

In November 2011, Shaw decided to finish his career overseas and signed for French club, RC Toulonnais. He won his first England cap against Italy in 1996. The following year Shaw was picked for the successful 1997 British Lions tour to South Africa. A spate of injuries and Wasps‘ indifferent form in his first season at the club cost him his England place and although he regained his place in the England squad for the following summer’s tour, he was forced to withdraw with a long-standing back injury.

During the 2000 Six Nations Championship, he had to step in for the injured Martin Johnson. He earned his 20th cap during the 2003 Six Nations Championship, a tournament which saw England win the Grand Slam. Shaw played in all three 2003 Rugby World Cup warm up matches. He was not named in the original 30-man squad but was flown out to Australia due to an injury to Danny Grewcock, earning him an MBE as part of the World Cup winning team. He keeps this in a drawer as he feels he didn’t “win” it as he never played in a test. Shaw was called up to the squad for the 2005 British and Irish Lions tour to New Zealand after Irish lock Malcolm O’Kelly aggravated a groin injury in training.

In recognition of his continued good form with club and country, Shaw was selected for the 2009 British and Irish Lions tour to South Africa. This made him the oldest person to ever be selected and play for a Lions team. In South Africa he was awarded his first Lions cap on his third tour when he was selected to start in the second test against the Springboks at Loftus Versfeld, Pretoria and he put in one of the most outstanding performances by a British and Irish lock in a test match, with his performance subsequently earning him man of the match.

During the third test in Johannesburg he was yellow-carded for dirty play when he knee-dropped Fourie du Preez. In 2004 he was red-carded for a similar offence against the All Blacks. In August 2011 he was selected as part of England’s 30-man squad for the 2011 Rugby World Cup. In 2011, Simon Shaw became a director of Rugby Hospitality company Set Piece Events. A formidable player and performer, the imposing and approachable Simon Shaw is available to hire as a rugby speaker for events across the UK.

When he’s at corporate events, Simon is known to cover the following topics: