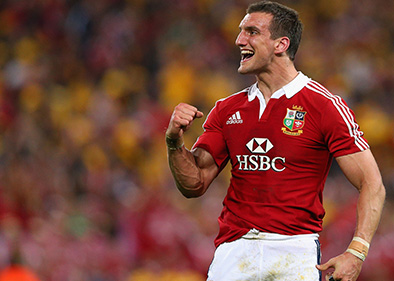 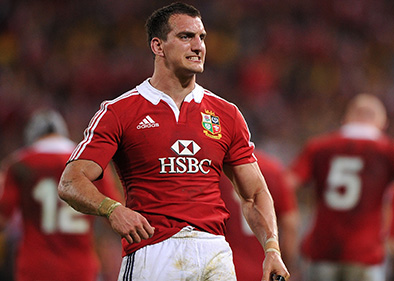 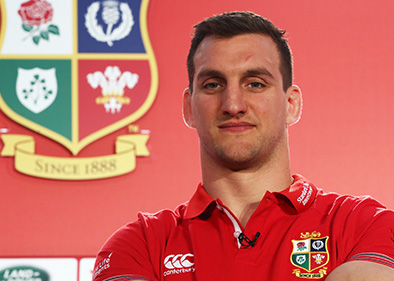 Sam Warburton OBE is a Welsh international Rugby union player that exudes control, leadership, competitiveness. An imposing and commanding figure, throughout his career Warburton has represented his country as a player and team captain at all levels; as captain of the under-18’s, under-19’s and under-20’s and the senior side. Sam has earned many accomplishments and broken a range of records during his career becoming the world’s youngest ever team captain when he led his team to the 2011 Rugby World Cup and continuing in the role for the 2012 Six Nations, during which he was named man of the match in the opening match. An outstanding player, Warburton leads from the front in everything he does with the impeccable standards he sets himself accompanied by his relentless work ethic. An incredible player that continues to go from strength to strength, Sam Warburton has also begun to work as a rugby speaker across the UK sharing insights into his career and staggering leadership lessons that instantly resonate with guests.

In 2013, Sam Warburton became the youngest ever British and Irish Lions captain, leading the team to victory in the British and Irish Lions tour to Australia – a role he reprised in 2017 as he led the British and Irish Lions tour to New Zealand which ended in a draw. An unforgettable series that is heralded by many as the most fiercely competitive Lions tour of all time, Warburton reminisces on the unforgettable tour during his work as a rugby speaker and expresses how close he and his team came to beating the almighty All Blacks on their home turf. During the 2015 Six Nations tournament, Sam earned his 34th cap for Wales, breaking Ryan Jones’ record for number of caps earned as Wales team captain. An outstanding achievement for a player so early in his career, the accolade and accomplishment truly are a testament to both Sam’s prowess as a player and captivating rugby speaker.

A prolific openside and blindside flanker, Warburton ended his career as a legend of both the Wales rugby team and the Cardiff Blues. During his performances as a rugby speaker, Sam shares insightful and invaluable knowledge and leadership advice that is able to transform the lives and fortunes of individuals and teams alike whether it be in the sporting on business world. Recounting memories of captaining Wales, the Lions and the Barbarians, perhaps the highlight of Sam Warburton OBE’s career is the unforgettable an historic 2012 Grand Slam which he passionately and fondly discusses during his performances as a rugby speaker.

Sam’s vast rugby union experience and team management skills make him an excellent speaker for any rugby-related conference or leadership event. Having announced his retirement in July 2018, the former Wales and Lions captain called time on a staggeringly successful career. A player and performer held in the highest regard and respected worldwide, Sam Warburton OBE is available to hire as a rugby speaker for any event, dinner or function where he is certain to be an idyllic addition to any occasion and leave guests truly starstruck.

When he’s at corporate events, Sam is known to cover the following topics: