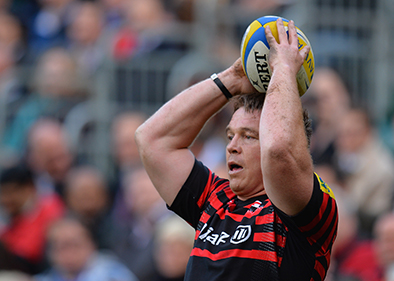 Retired As The Most-Capped South African Of All-Time

John Smit is a retired rugby union player who captained South Africa in their successful 2007 World Cup campaign. He predominantly played his domestic rugby at the Sharks but also enjoyed time at Clermont and the Saracens. He retired from international rugby as the most-capped South African of all-time, with 111 appearances.

Smit made his debut for the Sharks in 1998, he put in consistent performances which saw him break into the Springboks side. He made his debut for the Springboks in 2000 at the age of 22, they hammered Canada 51-18 to give Smit a victory on debut. Smit went on to play a record of 46 consecutive Test matches for South Africa which showcases his dedication and drive to succeed, he was announced as captain of the international side in 2004.

After recovering from injury in time for the 2007 World Cup, Smit set his eyes on guiding South Africa to world glory. South Africa dominated the tournament throughout and made it to the final where they would play England, South Africa won the match 15-6 to be crowned world champions. In 2008, Smit was re-appointed as the South African captain and eventually went on to be the most-capped captain in international rugby history. Smith guided South Africa to 46 wins from the 64 games as captain, he ended his career with more tests as captain than any other South African has played as captain.  Smit retired from international rugby in 2011 before announcing his retirement from all forms of rugby in 2013.

He has built a great legacy for South African rugby which makes him the ideal speaker for your upcoming event or function. Smit has a strong personality and showcases great humour and passion for everything he does, as a rugby speaker, he often discusses his legendary career, maximising success and overcoming barriers.

When at corporate events or functions, Smit often discusses the following topics: