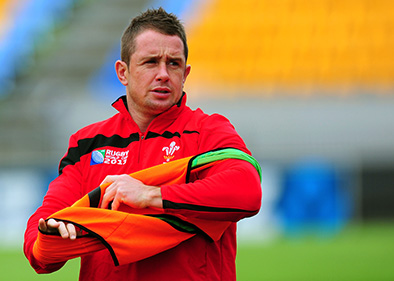 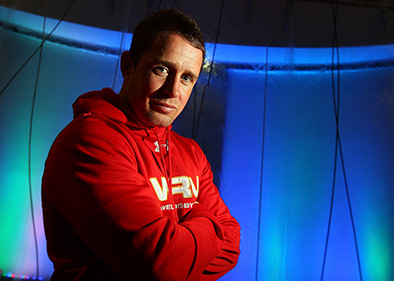 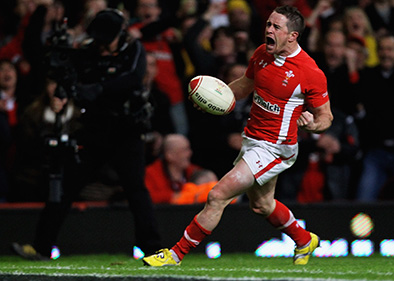 Welsh rugby speaker and iconic player, Shane Williams MBE is best known for his almost ten years at the Swansea based team The Ospreys and spectacular international career for Wales. Embarking on his rugby career in the mid 1990’s, Williams was a versatile player able to play in both the flank and scrum-half positions before turning professional in 1998, Williams went on to play for his country on an international level including appearances at the 1999-2000 Six Nations and the 2003 Rugby World Cup. A diminutive figure, Williams made up for his size with blistering pace and agility that saw him become one of the most destructive and threatening players in world rugby. A hugely popular figure within the game that has gained further popularity as a pundit and television personality, Shane Williams MBE is available to hire as a rugby speaker for events and occasions across England and Wales.

Shane’s greatest achievement remains that of the two Grand Slam wins in both the 2005 and 2008 Six Nations. Williams looks back on these incidents fondly as well as sharing training and skills development tips with his audience in his capacity as a rugby speaker. Stamping his authority and that of his nations’ during his prime years as a player, Williams had the ability to singlehandedly win and change games of rugby through his electrifying performances. An exciting player that had fans on the edge of their seats, Williams is equally as captivating as a rugby speaker where he enthrals guests with entertaining tales and anecdotes from his career in the game.

Retiring from the national team in 2013, Shane Williams MBE has gone on to become a rugby speaker and pundit for Welsh television; appearing as the rugby speaker on SC4’s Six Nations coverage and on a number of BBC rugby broadcasts. Williams is quickly gaining a great deal of experience as a professional rugby speaker and regularly leaves guests speaking of his events for a long time after his performance. A highly sought after TV personality, Williams has appeared on numerous TV shows in addition to working extensively as a rugby pundit where his input and comments are held in the highest regard. Outside of his work in the media, Shane Williams MBE also works as a rugby speaker at specialist sporting and corporate events. He has been called upon to provide insight into some of the most high profile games in the rugby calendar as well as work as an anecdotal after dinner speaker for rugby enthusiasts at private functions. An instantly recognisable figure and Welsh rugby icon, the 2008 IRB International Player of the Year, Shane Williams MBE is available to hire as a rugby speaker for any event, dinner or function where he is certain to leave a lasting impression following any occasion.

When he’s at corporate events, Shane is known to cover the following topics:

To book Rugby Hall of Fame inductee, Shane Williams MBE, as the rugby speaker for your corporate event, function or conference, simply contact the Champions Rugby Speakers agency by filling in our online contact form. Alternatively, call a booking agent directly on 0207 1010 553.