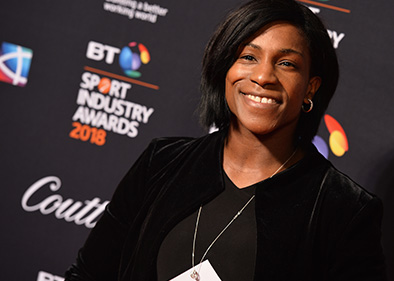 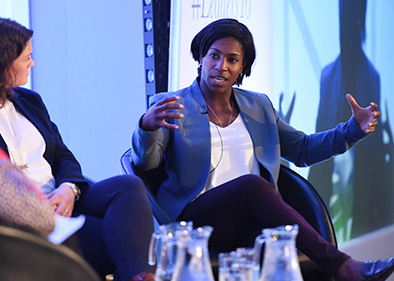 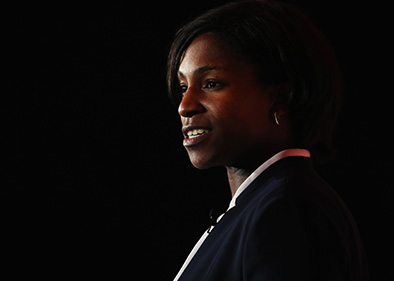 Maggie Alphonsi MBE is the face of international women’s rugby and arguably one of the most well-known names in women’s team sports on the planet! Before announcing her international retirement in 2014, Alphonsi represented her country an impressive 74 times, scored 28 tries and helped England win a record breaking seven consecutive Six Nations crowns. She was also a crucial member of the team that won the 2014 Rugby World Cup for the first time in 20 years and was part of the team that was crowned the BBC’s Sports Personality Team of the Year. An incredibly successful and decorated career, the iconic Maggie Alphonsi works extensively as a rugby speaker across the UK and it is no surprise that she commands the utmost respect and demand due to her stature within the game.

Through her England rugby career she has become a household rugby name but also a media professional and since retiring she has commentated on live rugby matches for Sky Sports and the BBC. In 2015 Maggie became the first ever former female player to commentate on men’s international rugby when she was signed up by ITV for the Rugby World Cup and is now working for ITV Sport on their RBS Six Nations coverage. A record breaker, trend setter and role model as a player, Alphonsi is continuing in similar fashion in her work as a pundit breaking barriers and stereotypes to act as an inspiration and example for women in the game of rugby. A motivating rugby speaker, Maggie Alphonsi is often an incredibly popular performer across the nation resonating and engaging with guests and in particularly inspiring young women.

Along with being an esteemed pundit, Maggie is also an excellent rugby speaker and is well qualified to share her experiences. Certainly when she shares those experiences, you don’t need to be a rugby fan to be interested or inspired by how she has become a prominent figure in the challenging world of a male dominated sport. Maggie is the consummate professional that epitomises drive and determination, traits that have allowed her to excel in both rugby and life and become a trailblazer for women’s sport. Covering topics such as equality, peak performance and maximising success, Maggie Alphonsi is a fantastic rugby speaker.

From South East London, Maggie has taken her education as seriously as her rugby obtaining a MSc in Sports & Exercise at Roehampton University, a BSc in the same subjects at De Montfort University and a BTEC National Diploma in Leisure Studies at Hertford Regional College. Additionally, she has been awarded an Honorary Doctor of Arts from the University of Bedfordshire. An incredibly intelligent and eloquent person that has combined brains and brawn to become a legend of women’s rugby, Maggie Alphonsi MBE is a tremendous rugby speaker that is available to hire for events, dinners and functions across the UK where she is certain to motivate and inspire attendees.

When she’s at corporate events, Maggie is known to cover the following topics: