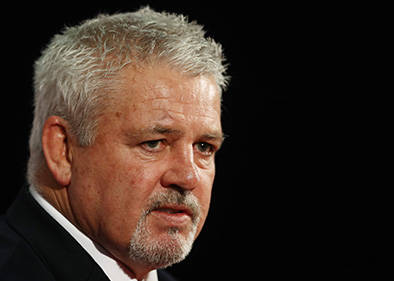 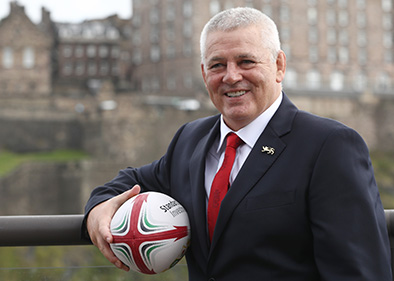 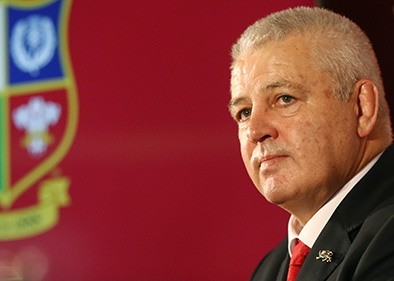 One of Rugby's Greatest Ever Coaches

A legend of Rugby, Warren Gatland OBE is a leading authority in international rugby coaching. The former head coach for Wales, Warren has led the side to success on the world stage with incredibly strong performances. An intriguing and highly capable rugby speaker, Warren has addressed a range of audiences and put forward thought provoking thoughts about the complexities of managing driven and determined athletes on a daily basis.

Having enjoyed his own playing career at New Zealand club, Waikato, Warren would go on to break the record for most games played for the side. After his retirement from the club in 1995, Gatland only had to wait three years before being snapped up as the new coach for the Irish international side. Despite Gatland taking over a team that had barely won in the several years beforehand, the team played in some close defeats to some of the world’s leading sides, including a victory over the Welsh in the 1999 Five Nations Championship. Discussing how he transformed Irish fortunes so effectively during talks as a rugby speaker, Warren is an inspirational character who strives to pass on the lessons he has learnt from a life in professional sport.

Moving to London Wasps a few years later, Gatland transformed a side lagging at the bottom of the Premiership after taking on the job of Director of Rugby, Warren developed one of the meanest defences in the nation and steered the side to multiple Premiership titles in 2003, 2004 and 2005. During his performances as a rugby speaker Gatland discusses his time in charge of Wasps in great depth highlighting the factors that allowed him to transform the fortunes of team and outlining the key fundamentals to a successful environment, a key to both business and sporting environments.

After a spell at his old club of Waikato, Gatland became the head coach for Wales in December 2007. Making a bold entrance in his first match, Warren led a shock victory over a strong English squad after trailing 19-6 with 20 minutes to play. Warren has led his side to consistent and hugely successful performances ever since including the 2008 Triple Crown and 2012 Six Nations Tournament. Having created a strong reputation for himself, Warren shares his ability to maximise success and achieve goals with audiences as a rugby speaker, boosting efficiency and effectiveness in all walks of life.

Gatland has also served as the British & Irish Lions coach since September 2012, leading the side to a successful tour of Australia the following year. Arguably his greatest achievement at the helm of Lions came in 2017 during a historic and unforgettable drawn series to the imperious All Blacks. The first drawn series since 1955, the incredible tour also saw the Lions defeat the All Blacks in the professional era for the first time. A hugely knowledgeable figure within the game, Warren is an expert in leadership and teamwork, two attributes that are very relevant to sporting and business environments alike during talks as a rugby speaker.

A consummate professional with hugely impressive credentials, Warren is in constant demand as a rugby speaker. A wonderful personality to have whenever hospitality is concerned, Gatland can tailor his speech to a client’s brief to ensure maximum relevancy and effect. Tipped to become the next coach of the All Blacks, tactical and strategic genius is amongst the greatest leaders and motivators in sport. A revered and respected figure that has received adulation and plaudits across the globe, there is perhaps no personality in rugby that has the managerial and leadership knowledge of Gatland. A master in success, performance and man management, the imperious Warren Gatland OBE is available to hire as a rugby speaker for any event, dinner or function where he is certain to raise the prestige of any occasion.

When he’s at corporate events, Warren is known to cover the following topics: