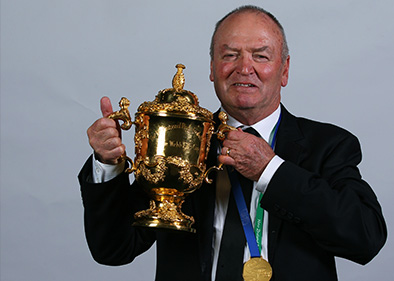 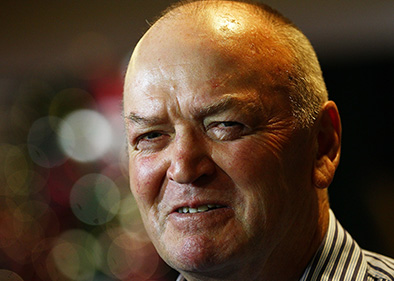 Sir Graham Henry is a former New Zealand rugby union coach and former head coach of the country’s national team, the All Blacks. A prolific coach, Henry also played Rugby Union for Canterbury in addition to playing cricket for Canterbury and Otago in the Plunket Shield. An incredibly talented and respected figure, Henry was heavily criticised following the All Blacks quarterfinal exit at the 2007 Rugby World Cup and was controversially reappointed. He was vindicated, however, when the All Blacks won the 2011 Rugby World Cup final and is one of the most successful coaches to have ever coached the All Blacks. An expert in leadership and management, Sir Graham Henry is one of the most sought after and demanded rugby speakers in the world.

The coach of All Blacks for 140 matches in a career that included a series victory over the tour British and Irish Lions in 2005, five Tri Nations, three Grand Slams and one Rugby World Cup title. On 1 November 2011, Henry announced he would be stepping down as All Blacks coach to bring an end to a truly illustrious and distinguished career. At the helm of arguably the most successful and revered sporting team or organisation in the world, during his work as a rugby speaker Henry shares the vital principles and disciplines that allowed his team to be such a resounding success.

In 2012, Graham Henry joined Argentina as an advisor for the backroom coaching staff and acted as an assistant coach to the Argentine Team. The following year he re-committed to Argentina for the 2013 Rugby Championship. An equally demanded coach and rugby speaker, it was no surprise that Argentina chose to seek the expertise and services of Ford who during his time with New Zealand, coached the All Blacks to 88 wins in 103 tests for a winning percentage of 85.4 percent. An astounding figure showcasing the level of domination and prowess he and his team instilled on the world of rugby, there are few better placed to share leadership advice then Henry, a topic he regularly covers in depth as a rugby speaker.

In February 2012, Henry took a two-year part-time position with the NZRU as a mentor for the country’s Super Rugby and ITM Cup coaches. Just a few months later, Henry began serving for one year in a similar role with the Argentine Rugby Union (UAR), primarily as a mentor to that country’s high-level coaches and also as an assistant with the national team. His NZRU contract prohibited him from being part of the Puma‘s coaching staff for their matches against New Zealand during the 2012 Rugby Championship but the NZRU gave him there blessing to work with the UAR at other times.

Graham Henry is considered to be one of the most successful and respected rugby coaches of all time, as well as being a brilliant motivational speaker. A leader in his field that will certainly leave an impression on guest and make a lasting impact on event attendees, the imperious Sir Graham Henry is available to hire as a rugby speaker for events, dinners and functions where he is certain to raise the prestige of any occasion.

To book Former All Black Coach, Sir Graham Henry, as the rugby speaker for your corporate event, function or conference, simply contact the Champions Rugby Speakers agency by filling in our online contact form. Alternatively, call a booking agent directly on 0207 1010 553.