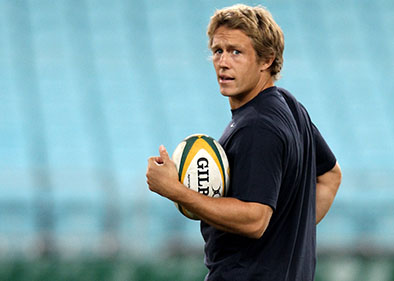 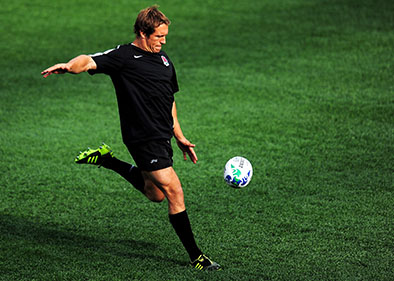 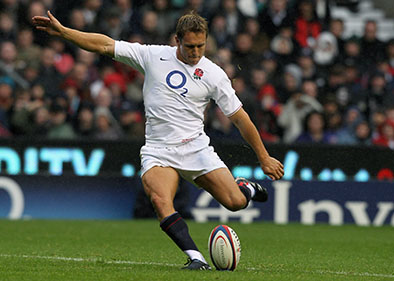 One of the most famous rugby players of all time, Jonny Wilkinson CBE is widely regarded as one of the best players to have ever played the game. The scorer of the infamous drop goal that led England to the 2003 Rugby World Cup, Wilkinson would go on to be named the 2003 BBC Sports Personality of the Year and the 2003 World Rugby Player of the Year. A media personality with celebrity status, Jonny Wilkinson CBE is also renowned for his incredible work ethic and meticulous preparation which he explains during his work as a highly sought after rugby speaker. A record breaker and rugby icon, the imperious Jonny Wilkinson delighted crowds and audiences around the world and now performs as a rugby speaker to provide an insight into his remarkable career.

Playing the majority of his domestic career for the Newcastle Falcons, Wilkinson will forever remain a legend at the club where he scored 2,049 points and playing a major role in the team winning the Premiership title and two Powergen Cup trophies. Following 12 years of service for the club Jonny decided to join Toulon in 2009 where he went on to play 141 games and scores 1,884 points contributing significantly to two Heineken Cup trophies and a Top 14 championship. A master performer in domestic rugby, Wilkinson excelled earning him International recognition and during his work as a rugby speaker he discusses how domestic rugby provided a fantastic grounding for his career along with making comparisons in between England and French club rugby.

A global superstar, Wilkinson began his International career in 1998 at the age of just 18 playing on the wing before he would go on to become a fly-half, the position which he would make history in. Jonny Wilkinson CBE is able to provide arguably the most comprehensive view on International rugby having experienced both sides of the spectrum. Involved in the ‘Tour of Hell’ where England lost convincingly to both New Zealand and Australia including a 76-0 loss, Wilkinson also experienced the highest of highs being a crucial member of the 2003 Rugby World Cup and 2003 Grand Slam winning teams. These experiences allow Wilkinson to discuss both the challenges and jubilations that come from sport and International rugby in particular allowing him to discuss the drive and determination required to recover from setbacks in addition to the glories that come as a result of success through hard work.

The consummate professional, Wilkinson set himself the highest standards many have seen and it was these lofty standards that resulted in a him suffering from depression and mental illness. During his work as a rugby speaker, Jonny Wilkinson discusses the difficulty of the mental side of professional sport and provides coping mechanisms that resonate with all attendees in problems they may be facing. Calling time on a truly glittering and stellar career in 2014 with his last two games being two huge cup finals which he won both of. A special career fitting for a special person and player, following his retirement Wilkinson has become somewhat of a media personality and has excelled as a pundit for Sky Sports and ITV Sport in addition to writing award winning autobiographies.

A future Rugby Hall of Fame inductee that has etched his name in the history books and hearts of rugby fans around the world, the incredible Jonny Wilkinson CBE is available to hire as a rugby speaker for any event, dinner or function where his attendance is certain to raise the prestige and glamour of any occasion leaving guests and event attendees starstruck following an unforgettable performance. One of the most inspirational and motivational figures in sport, an event with Jonny Wilkinson CBE as the rugby speaker is one not to be missed!

When he’s at corporate events, Jonny is known to cover the following topics:

To book England Rugby Legend, Jonny Wilkinson CBE, as the rugby speaker for your corporate event, function or conference, simply contact the Champions Rugby Speakers agency by filling in our online contact form. Alternatively, call a booking agent directly on 0207 1010 553.