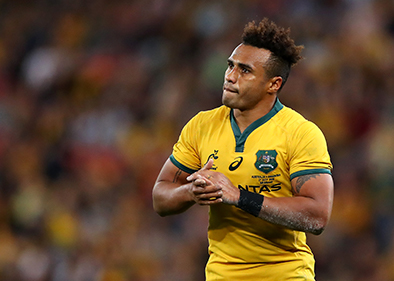 Played Over 100 Matches For Australia

Will Genia is an Australian rugby union player who plays at scrum-half, former greats of the game have labelled him as the best in the world for his position. He played his domestic rugby for the Melbourne Rebels in the Super Rugby.

His Super Rugby career started in 2007 when he signed for the Queensland Reds. Genia made his debut for the club aged just 19, although there was lots of competition at scrum-half, Genia started to find regular first-team appearances during his first few seasons. After a number of impressive performances, Genia was called into the Australian squad for their upcoming 2009 Tri Nations series, he made his debut against the All Blacks.

Genia first captained the Australian national side at the 2011 World Cup in a game against the United States. He was nominated for the 2011 IRB Player of the Year award. Genia first left Australia to join French club, Stade Francais in 2015, he played 15 games for the club before joining the Melbourne Reds in 2018. He continues to play his domestic rugby for the Super Rugby club and is still regularly playing for Australia and recently earnt his 100th appearance for the country.

Genia offers great insight into professional rugby and possesses a wonderful personality. As a rugby speaker, he talks about his illustrious career, as well as discussing teamwork, being under the spotlight and the importance of leadership.

At corporate events, Will Genia discusses the following topics:

To book current Rebels and Australian rugby union player, Will Genia, as the rugby speaker for your corporate event, function or conference, simply contact the Champions Rugby Speakers agency by filling in our online contact form. Alternatively, call a booking agent directly on 0207 1010 553.