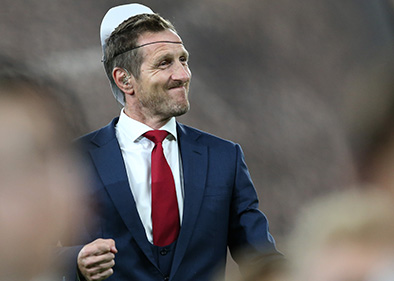 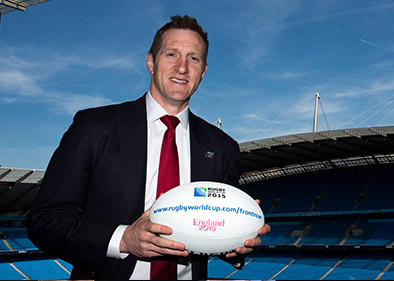 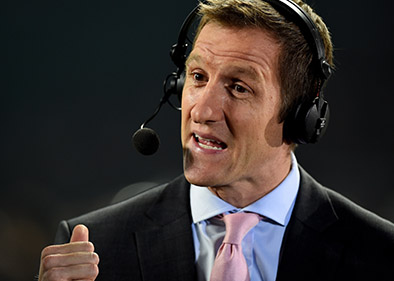 An English Rugby legend, Will Greenwood MBE was an elemental figure for Leicester Tigers and Harlequins as well as the England national squad. Playing mainly in the centres, Will was a hugely consistent and reliable character in the side, achieving peak performance and ensuring his side worked as a unit. A pre-eminent rugby speaker, Greenwood stresses the importance of teamwork and strategy when approaching tasks in sport, personal and business environments. Equally adept as a motivational speaker, Will has the ability to inspire and compel audience members to ensure they realise ambitions and achieve their own goals as he travels across the UK as a rugby speaker.

Moving to Leicester Tigers in 1996, Greenwood soon became a prominent figure in the new era of professional Premiership Rugby. After being selected by former Tigers centre, Sir Clive Woodward for the England rugby squad, Greenwood established a partnership with Jeremy Guscott that proved to be a formidable duo against some of the greatest national sides in the world. Will also formed alliances with centres Mike Tindall MBE and Mike Catt for the 2003 World Cup, finishing the competition as a Rugby World Cup champions as well as a joint top scorer with five tries. Will translates the emotions and preparation faced for this incredible achievement during talks as a rugby speaker.

Moving to Harlequins in 2000, Will gained the award of Try Of The Year for his incredible efforts during Quins defeat of Brive in 2001, a moment he regularly reminisces upon during his work as a rugby speaker. Greenwood went on to play for the club until his announcement of retirement in 2006. Ending what was a truly illustrious and memorable career, Will played 82 for the side, scoring 135 points in the process. An ideal personality to establish an underlying theme to an event or conference, Will has delivered the goods as a rugby speaker on multiple occasions, providing the perfect platform for an informative and entertaining function.

A British & Irish Lions player and Barbarian captain, Will Greenwood MBE flourished as a player and has been equally as successful as a pundit and rugby speaker following his retirement. A tremendous analyst and pundit that works for Sky Sports covering some of the biggest fixtures in rugby, Greenwood is a highly respected pundit that has emerged as a fan favourite. Making well informed and insightful comments and observations, Will Greenwood MBE combines his knowledge and expertise to add significant value. These exploits have also helped Greenwood’s already accomplished performance and delivery as a rugby speaker.

One of the most sought after motivational speakers and rugby speakers, Will Greenwood ensures that he leaves audiences are left compelled with his invaluable advice and anecdotal tales of his time as an elite sportsman. Equally at home acting as an event host, Will makes sure everything runs on time and to plan whilst engaging with guests at every opportunity. The idyllic addition to any occasion, England rugby legend and World Cup winner, Will Greenwood MBE is available to hire as rugby speaker for events, dinners and functions across the UK.

When he’s at corporate events, Will is known to cover the following topics:

To book England Rugby World Cup Winner, Will Greenwood MBE, as the rugby speaker for your corporate event, function or conference, simply contact the Champions Rugby Speakers agency by filling in our online contact form. Alternatively, call a booking agent directly on 0207 1010 553.