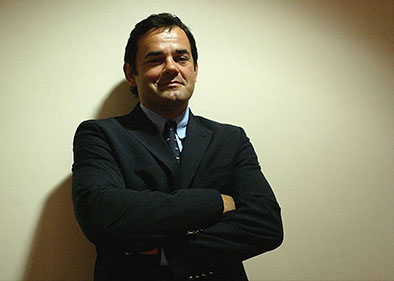 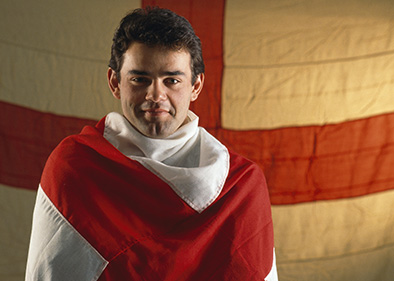 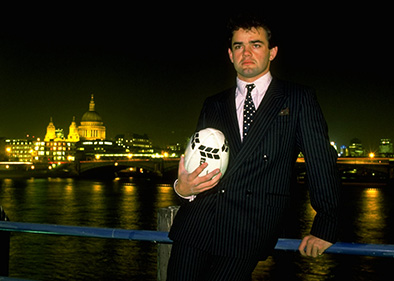 Will Carling OBE, is one of England’s youngest, longest-serving and successful captains to date. With an overwhelmingly impressive achievement history, from driving England in 1991 to become runners up in the World Cup, to conquering the Five Nations with Grand Slams in 1991, 1992 and 1995. With 72 caps and 54 points to show for his success, Will shows undoubtable leadership and unparalleled motivation, making him one of the most popular rugby speakers.

After graduating with a degree in Psychology and serving in the Royal Regiment of Wales, Will’s rugby career came to fruition when he played for Harlequins, acquiring his natural position as centre in 1987. With his vast drive, passion and ambition, Will was made England rugby captain at the very young age of 22. He was able to transfer his leadership, discipline and team co-ordination abilities that he had developed from his experiences in the army, and concentrate them to push England to sporting success. As a rugby speaker, Carling provides invaluable advice on how to achieve goals and maximise success, two attributes that are equally important in corporate and sporting environments alike.

Will’s ideologies and game tactics attributed to his first Five Nations Grand Slam in 1991, followed by another in 1992. Will’s peak of his Rugby career as England captain corresponds to England’s successive victories against the established rugby union powers including Australia and New Zealand in 1993. Through determination and drive, Carling pioneered England through to win the Grand Slam in 1995, the third under his captaincy and his fourth Triple Crown in 1996. A fantastic rugby speaker, Carling held the helm of one of the nation’s most successful rugby squads in history and displays all the qualities needed to achieve these levels of success consistently.

After his successful rugby career, Will embarked upon his own business venture, creating Will Carling Management Ltd, a corporate hospitality company. With an outstanding rugby career and a successful business acumen, Will delivers engaging speeches suitable for almost any event. Will Carling OBE is one of the finest representatives of English rugby and considered to be one of the most motivational speakers available. Whether you require a rugby speaker or an after dinner speaker, Will Carling delivers powerful, memorable and strong influential speeches that are enriched with success.

After captaining England for 59 tests, of which driving England to victory in 44 of them, Will has made an outstanding contribution to English rugby and for his achievement record has been awarded an OBE. A true gentleman that has excelled in all walks of life, the entertaining and engaging former rugby player and hugely successful pundit enjoyed an incredibly decorated career and has represented the British & Irish Lions. To hear his overwhelming motivational story, be sure to hire Will Carling OBE as your rugby speaker or keynote speaker for an unforgettable evening.

When he’s at corporate events, Will is known to cover the following topics:

To book Former England Rugby Captain, Will Carling OBE, as the rugby speaker for your corporate event, function or conference, simply contact the Champions Rugby Speakers agency by filling in our online contact form. Alternatively, call a booking agent directly on 0207 1010 553.