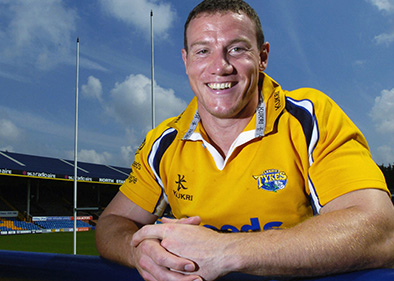 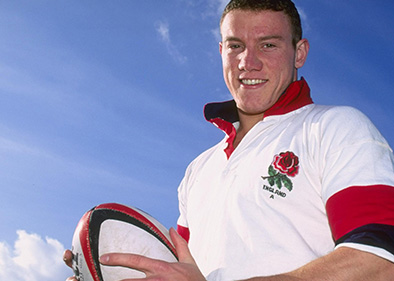 A rugby star, Tim Stimpson enjoyed a career in top-flight for some of Europe’s most dominated and illustrious clubs. Perhaps best known for his spell at Leicester Tigers, Tim played an elemental role in the side’s rampant success in both domestic and continental competition. A wonderful rugby speaker, Tim has a whole host of anecdotal tales to deliver to guests, ensuring his time on stage is as enjoyable as it is interesting.

Joining the Leicester Tigers from Newcastle Falcons in 1998, Tim became the side’s principal goal kicker in 1999 after the retirement of Joel Stransky. Tim would become Tigers royalty thanks to his efforts in the Heineken Cup for the side, beginning in 2001, where Tim’s extremely difficult try conversion took his side’s lead to four points at 34-30 over Stade Francais, meaning only a try would stop the Tigers from lifting the trophy. Tim stresses the importance of teamwork and leadership alongside individual contribution during talks as a rugby speaker, attributes that can be applied to both the sporting and business worlds.

Tim’s ability would be tested once again a year later in the Heineken Cup Final against Llanelli. At 10-12 down, Tigers were awarded a penalty inside their own half, Stimpson elected to go for a penalty kick at goal in the dying moments of the game. Kicking from 58m away, Tim’s penalty bounced off two of the posts before creeping over to take the Tigers into the lead. This fateful kick led Tigers into the final, where they would go on to win and retain the Heineken Cup. A historic and unforgettable evening for the club and its fans, this iconic moment will live on eternally in Tigers folklore and provides an unforgettable story during his work as a rugby speaker.

Recalling his hugely influential moments in European Rugby, fans can relive these memorable moments with the very player who created them, giving insight as a rugby speaker that only adds to the occasion. Having attended and talked at numerous events as a rugby speaker, Tim is well versed in hospitality practice and is more than happy to talk to guests individually, join guests in photos as well as sign autographs ensuring a special and intimate event.

A former England player that represented his nation on 19 occasions in addition to making a solitary appearance for the British and Irish Lions, Stimpson won a record five consecutive Premiership titles with Newcastle Falcons and Leicester Tigers. An incredibly decorated and illustrious career, Leeds Tykes Coach, Phil Davies, said of Stimpson, "he will always be remembered as one of the most successful players ever in the professional era in this country". Terrific plaudits for an outstanding player that achieved so much in the game, Tim Stimpson has a host of tales and anecdotes to share with guests that will provide an insight into historic and unforgettable rugby matches. With an abundance of knowledge and expertise to share with his guests through his captivating and engaging style, Tim Stimpson is available to hire as a rugby speaker and is certain to deliver a truly unforgettable experience.

When he’s at corporate events, Tim is known to cover the following topics:

To book Former England player and Leicester Tigers star, Tim Stimpson, as the rugby speaker for your corporate event, function or conference, simply contact the Champions Rugby Speakers agency by filling in our online contact form. Alternatively, call a booking agent directly on 0207 1010 553.