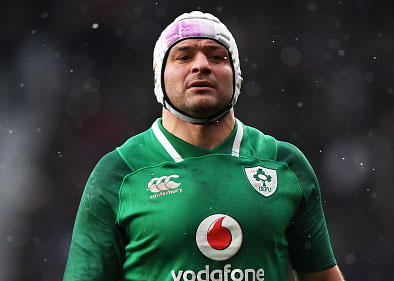 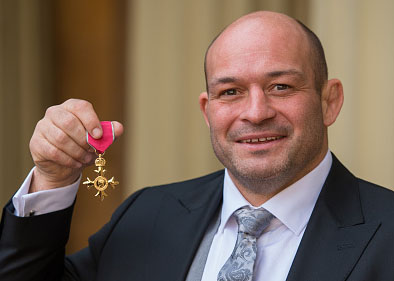 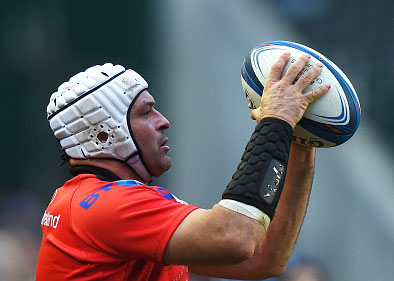 Rory Best OBE is a rugby union player from Northern Ireland and is currently the captain of the Ireland national team. He plays hooker for Ulster and is registered for Banbridge RFC. With over 100 caps for Ireland since making his international debut in 2005, Best is one of the most capped rugby players of all time. Best also toured with the British and Irish Lions side in 2013 and 2017, although he never played a test match for the Lions.

Best returned home to join Belfast Harlequins in 2002 where he captained the team and gained his first Ulster contract in 2004. He made his debut for Ulster as a replacement at home to Munster in the 2005 Celtic League. He replaced his brother (now retired Ireland and Ulster prop Simon) as Ulster captain for the 2007/08 season and continues to hold the position. He is renowned for his abilities as a scrummager. Best scored two tries in 2011/12 and 2010/11 for Ulster. He was part of the Ulster side that was defeated by Leinster in The Heineken Cup final in 2012.

Best made his international debut for Ireland as a replacement against the All Blacks at Lansdowne Road in November 2005 and made his first start against the Springboks in 2006. He has been involved with the national team ever since, initially sharing the number 2 shirt with Jerry Flannery. He was a member of the Irish teams that won the 2007 Triple Crown and was in the Irish squad for the 2007 Rugby World Cup as well as the 2009 Six Nations Championship which completed the Grand Slam. He captained the Ireland team that toured North America in 2009, while many of his Ireland teammates were on the British and Irish Lions team that began their tour of South Africa at the same time. He became the first-choice hooker at the 2011 Rugby World Cup after an injury to Jerry Flannery. Best also played his 50th test for Ireland during the World Cup, scoring a try as Ireland beat the United States during the pool stages. He was chosen to captain Ireland again, during the 2012 Six Nations Championship, after Paul O'Connell was injured.

Best was added to the British and Irish Lions squad for the 2013 British and Irish Lions tour to Australia on 26 May after English hooker Dylan Hartley was removed from the squad after receiving a red card in the Aviva Premiership final for abuse of an official on 25 May 2013. In 2014 Best won his 2nd Six Nations title. In January 2016, Best was named as the new Ireland captain for the 2016 Six Nations Championship. On November 26, 2016, Best became Ireland's fifth centurion, gaining his 100th cap in a test match vs Australia in the Aviva Stadium, Dublin. The previous week, Best captained Ireland to a historic 40-29 win over New Zealand in his 99th appearance, Ireland's first ever win over New Zealand. After finishing the 2017 Six Nations, Best was selected for the British and Irish Lions for the second time, on the 2017 tour to New Zealand. Best started in four of the five matches he played on tour, captaining the Lions to a 34-6 win over the Chiefs and a 31-31 draw against the Hurricanes. Best was not subbed off in either of those matches, and received an OBE while he was on tour with the Lions. Best continued as captain for Ireland for the 2018 Six Nations Championship, leading the team to a historic third Grand Slam and Triple Crown, as well as winning the tournament, by defeating England at Twickenham Stadium on St Patrick's Day. Although Best missed the mid-year test series against Australia's Wallabies, with Peter O'Mahony captaining Ireland in his place, Best returned for the 2018 end-of-year rugby union internationals. Best cemented his place as one of the most successful captains in Irish rugby history during the end of 2018, leading Ireland out against New Zealand on the 17 November 2018. Ireland beat New Zealand by 16-9, winning their ninth test in a single year.

When he’s at corporate events, Rory is known to cover the following topics:

To book Irish Rugby player, Rory Best, as the rugby speaker for your corporate event, function or conference, simply contact the Champions Rugby Speakers agency by filling in our online contact form. Alternatively, call a booking agent directly on 0207 1010 553.