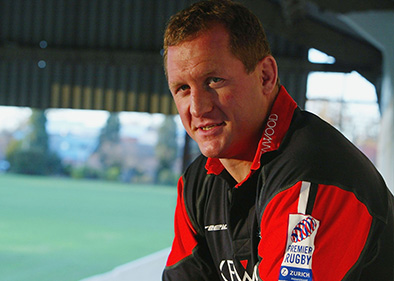 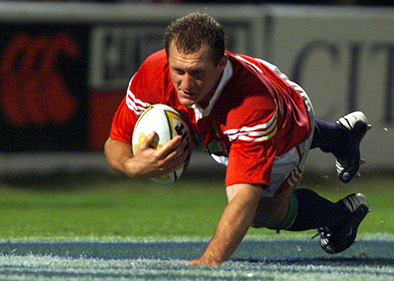 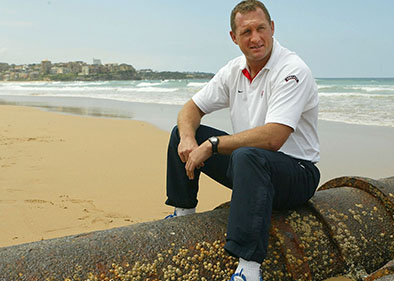 Richard Hill MBE aka the “silent assassin” of both international and club rugby, is a retired rugby union player and popular rugby speaker known for his part in the winning England Rugby World Cup team of 2003. Renowned for his consistently effective style of play featuring big hits, ruthless driving and destructive support play, Richard Hill MBE is a much sought after rugby speaker known for sharing his tips and training techniques at after dinner speaker events.

An England international and British and Irish Lion, Richard Hill MBE is also incredibly well known for being somewhat of an icon and legend of Saracens. A stalwart figure for the club that played the entirety of his domestic career for the club, Hill exudes loyalty and reliability and remains a fan favourite at Saracens where he still regularly appears as the designated rugby speaker for club events and functions. Playing as a scrum half for England and Saracens , Hill’s magnificent versatility allowed him to be an exceptionally well-rounded player and one of the most highly rated flankers of his era. Flourishing in both positions throughout his career, during his work as a rugby speaker Richard Hill MBE shares knowledge and expertise he gained from his illustrious career along with sharing stories about what is widely regarded as England rugby’s greatest achievement.

As well as working as a motivational speaker, Richard is often called upon to make appearances as an anecdotal rugby speaker, his impressive career and numerous high profile games not only allowed him the opportunity to play in some of the most important and impressive matches of the 21st Century but also brought him face to face with some of the biggest, meanest and most famous rugby players in the world. With a wealth of entertaining and hilarious stories to share about his time both on and off the pitch Richard Hill MBE has become a highly desirable choice of rugby speaker.

The only player to have never been dropped from Sir Clive Woodward’s international side, Richard Hill MBE not only works as a rugby speaker but is also known for his charitable contributions and has taken part in a number of non-profit rugby games to raise funds for various worthy causes. A gentleman that is forever endeavouring to give back to the game, Hill speaks passionately about both his charity work and his career in rugby where he was played a key role in helping England defeat Australia in the final that led to the team winning the 2003 Rugby World Cup.

An outstanding rugby speaker that effortlessly engages and captivates guests during events, hiring Richard Hill MBE as the rugby speaker for your event will allow for attendees to experience and insight into the mind, life and career of a Rugby World Cup winner and Saracens legend.