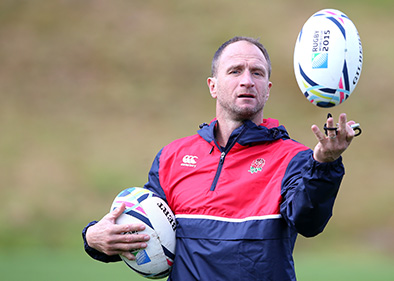 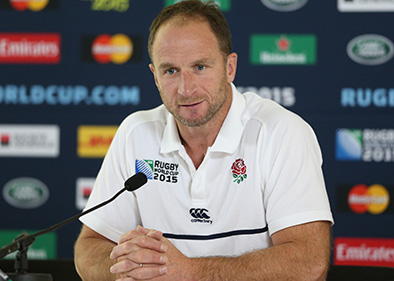 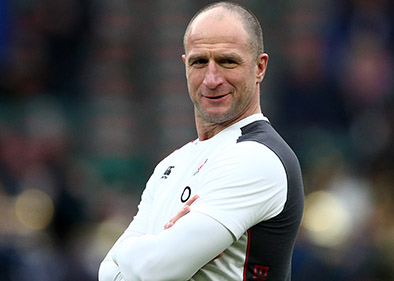 Bath, London Irish and England rugby legend, Mike Catt MBE is one of the nation’s most consistent and accomplished players. A World Cup winner in 2003, Mike has also become the oldest player to ever play in a World Cup final, a feat he achieved at the 2007 World Cup, aged 36 years and 1 month. Moving to England from South Africa after leaving school, Mike qualified to play for England thanks to his mother being from the country. Catt made the decision to play for England due to South Africa’s apartheid policy and adopted his new nation by joining Bath Rugby Club in 1992. A renowned rugby speaker, Mike can provide a unique insight into playing rugby for England as a South African, as well as reminiscing about his times on the World stage, including the memorable 2003 Rugby World Cup campaign.

Catt played for Bath Rugby Club between 1992-2004 before joining London Irish to enjoy a twilight ending to his career. Mike contributed both as a player and backs coach at the club, winning the accolade of Premiership Player of the Year in 2006 as well as holding the record for the oldest player to compete in a Guinness Premiership final in 2009, aged 37. Mike’s flexibility as a utility back, allowing him to play in a variety of positions in the back line made him a popular pick for coaches, when combined with his experience and consistency, Mike was amongst some of the best players in the world.

Mike Catt made his England debut in 1994 as a replacement for Rob Andrew. However he received his big break thanks to an untimely injury of incumbent fullback Paul Hull. Mike’s emphatic performances soon crowned him as the new star of English rugby, securing his place for over a decade in the national side. Amongst Mike’s accomplishments include participating in the 1995 Grand Slam squad, being an elemental part of the 2003 World Cup victory, captaining his side in the 2006 Six Nations and taking his side to a second successive World Cup final in 2007. As a rugby speaker, Mike delivers anecdotal tales to give audience members an insight into an elite level of sport, including the training, motivation and drive needed to succeed.

Mike retired from international rugby in 2007, with retirement from domestic competition in 2010. He received an OBE for his services to rugby in 2011 to compliment the MBE he had received after the 2003 World Cup victory. A consummate professional, Mike is an articulate rugby speaker, ensuring a compelled audience that leaves inspired to achieve all they can. Having enjoyed an extensive and decorated career, Mike Catt MBE has a host of tales and stories to share with guests along with an abundance of knowledge and expertise that will ensure an informative and equally entertaining event. The Rugby World Cup winner and Bath Rugby legend Mike Catt MBE is available to hire as a rugby speaker for any event, dinner or function.

When he’s at corporate events, Mike is known to cover the following topics: