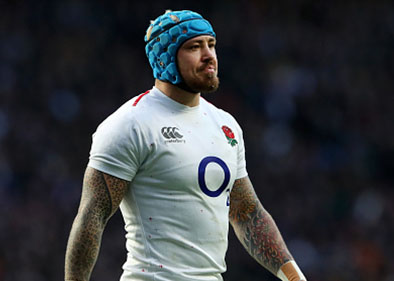 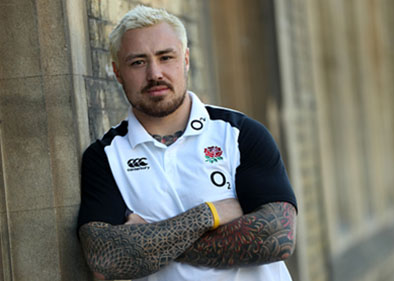 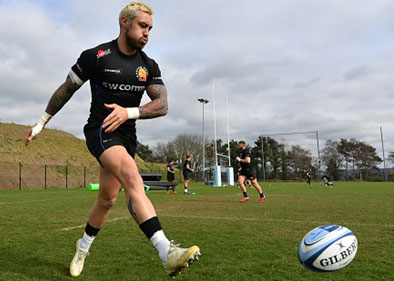 Jack Nowell is an English rugby union player for Premiership side Exeter Chiefs. He also represents England. His position of choice is Wing but he can also play as a Full-Back or at Outside Centre.

Nowell was originally a product of the Cornish Pirates junior section. He made his Premiership debut for Exeter Chiefs on 25 November 2012 in a 27–23 win over London Irish. After establishing himself as a regular in the Chiefs first team, Nowell was nominated for, and won, the LV=Breakthrough Player Award for the 2012–13 season.

Nowell is an established first teamer for the Chiefs and has scored 16 premiership tries in 46 appearances since 2012. Nowell has also played key roles for the Chiefs in their European Champions Cup and Heineken Cup competitions. In 2016 Nowell was part of the Exeter Chiefs side to reach the Aviva Premiership Final, eventually won by Saracens, after finishing second in the overall table and winning a home semi-final against Wasps. In 2017 Nowell produced a try-scoring performance in the Aviva Premiership Final, as Exeter Chiefs claimed their maiden Premiership title.

Nowell represented England at Under-18 and Under-20 level. He scored in the 2013 IRB Junior World Cup final win over Wales. On 1 August 2013, he was selected in the England Saxons squad on the advice of chief scout Andy Fairley. On 9 January 2014, Nowell was included in the England squad for the 2014 Six Nations Championship, after numerous injuries. He made his debut for England in the 26–24 defeat to France, despite a difficult start to the game Nowell made the most metres by any England player in the game (87 metres). He scored his first try for England during the 52–11 win over Italy. Nowell missed the 2014 summer tour of New Zealand due to injury.

Nowell was selected as a member of England squad for the 2015 World Cup, and made his World Cup debut during the 60–3 win over amateur side Uruguay, becoming one of only six English players to have scored a hat-trick of tries at a World Cup. In April 2017, Nowell was called up for the British and Irish Lions, becoming the first player to be called up from the Exeter Chiefs.

When he’s at corporate events, Jack is known to cover the following topics:

To book England Rugby player, Jack Nowell, as the rugby speaker for your corporate event, function or conference, simply contact the Champions Rugby Speakers agency by filling in our online contact form. Alternatively, call a booking agent directly on 0207 1010 553.